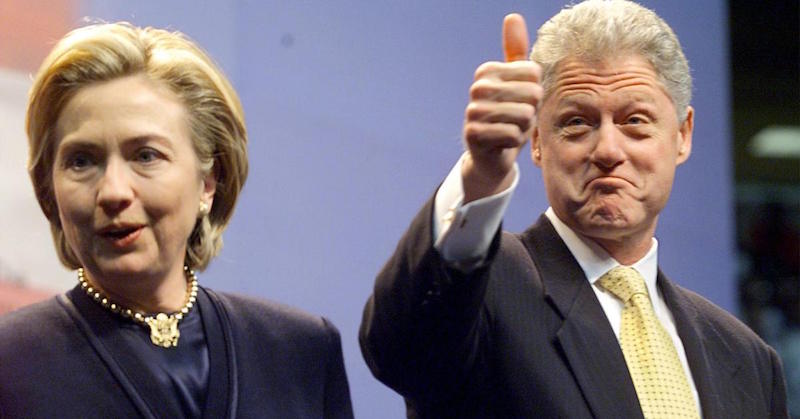 The Clinton Foundation is the latest leftist organization to be the victim of hacking.

Bill and Hillary’s so-called “non-profit” hired a security firm to examine its data after they found evidence of the hacking, Reuters is reporting.

Nothing has been made public – if it was, it would likely appear on WikiLeaks or DCLeaks, two sites that have released a treasure-trove of data from sites ranging from the Democratic National Committee, to the party’s congressional campaign committee, to Hillary’s own email server.

The hackers seemed to have used “spear phishing” techniques – the same way the hackers broke into the other leftist organizations. They used the same technique to break into George Soros’ non-profit organization as well.

“Spear-Phishing” involves sending a bogus email or setting up a bogus website to gain access to emails and the company itself.

Speaking on the condition of anonymity, the U.S. officials said the hackers used the same techniques Russian intelligence agencies or their proxies employed against the Democratic Party groups, which suggests that Russians also attacked the Foundation.

Kremlin officials dismissed as absurd the allegations of Moscow’s involvement, which were made last month amid political party nominating conventions for the Nov. 8 election.

A former White House Lawyer – who is also the Clinton Foundation’s main attorney (surprise!) would not comment to Reuters on the hacking or what the Foundation has done to prevent it.

Although no documents have emerged, the attacks have left some Democrats and Clinton campaign officials worried that the hackers might have obtained emails and voice messages that could be used to reinforce Republican charges that donors to the Clinton Foundation were rewarded with access to Clinton and her aides while she was Secretary of State, or to her husband, former President Bill Clinton.

The Clinton Campaign is terrified that the leaks from the Clinton Foundation could prove damaging to her presidential campaign, as they might show even more “pay to play” tactics revealed in the past.

Wednesday night, Democrats held a closed-door meeting to discuss how to deal with the constant hacking. One recommendation was to change phone numbers and email addresses, as they were likely obtained by the hackers.

A third U.S. official familiar with the attacks said that, so far, there is no evidence that the hackers were able to follow any of the hacked emails into the State Department’s classified email systems.

Anxiety in Washington over the possibility that a foreign power might be using hacked information to meddle in the U.S. election has prompted some Democrats and cyber security experts to urge the Obama administration to blame Russia publicly.

Rep. Jim Himes, a Democrat on the House of Representatives intelligence committee, said the United States should carry “a big stick” in cyber security matters. “The U.S. government needs to be very clear, very direct, and hold these people accountable.”

Current and former White House and intelligence officials said the Obama administration is unlikely to blame Russia publicly, given the difficulty of attributing the attacks without revealing American sources and methods, the geopolitical concerns at play, and a fear that doing so could risk aggravating cyber conflict.