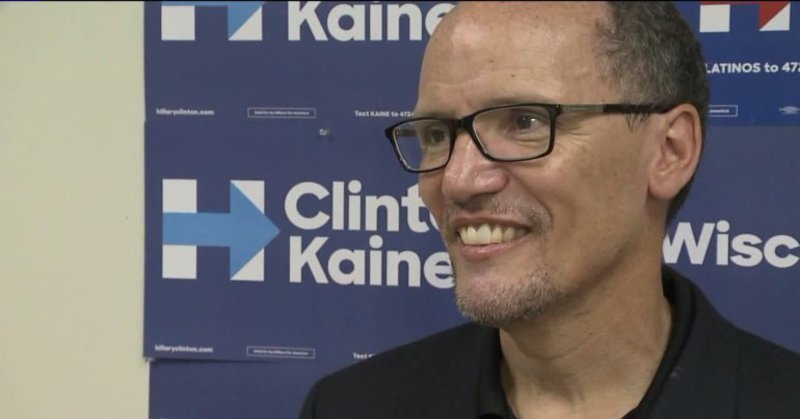 Perez won over Keith Ellison, a Minnesota congressman, in the second round of voting Saturday by Democratic National Committee members at their meeting in Atlanta.

Perez gave a speech before the vote, and he said Democrats face “a crisis of confidence” and a “crisis of relevance.” He pledged to “take the fight” to President Trump and “right-wing Republicans.”

The Democrats’ power-deficit is stark.

Republicans occupy the White House, run both chambers of Congress and control about two-thirds of U.S. statehouses.

Perez and Ellison each pledged to rebuild state and local parties, including in Republican-dominated states. Both said the party must capitalize on widespread opposition to President Trump but also work to reach frustrated working-class voters who felt abandoned Democrats and embraced President Trump.

Perez’s election as the next Democratic National Committee chair is a reflection of the party’s leftward drift. All of the contestants packaged themselves as progressives eager to tangle with Trump on voting and civil rights and economic policies favoring the wealthy, USA Today explains.

When Perez won narrowly in a second round of balloting after coming one vote short of a majority in an initial round, a group of supporters for his opponent, Ellison, reacted angrily and stormed out of the room chanting “No big money. Party for the people,” until only moments later, Perez announced he would make Ellison a deputy chair and the room erupted in applause.