The past few weeks may have been extremely embarrassing for the GOP, but our next story is a reminder of exactly why even on the party’s worst day, no Republican would want to trade places with the Democrats.

Yes, you read that right–“all”:

Party staff routinely see major turnover with a new boss and they had been alerted to expect such a move. However, the mass resignation letters will give Perez a chance to completely remake the DNC’s headquarters from scratch. Staffing had already reached unusual lows following a round of post-election layoffs in December.

Immediately after Perez’s selection as party chairman in late February, an adviser to outgoing DNC Interim Chair Donna Brazile, Leah Daughtry, asked every employee to submit a letter of resignation dated April 15, according to multiple sources familiar with the party’s internal workings.

A committee advising Perez on his transition is now interviewing staff and others as part of a top-to-bottom review process to decide not only who will stay and who will go, but how the party should be structured in the future.

Major staffing and organizational changes will be announced in coming weeks, one aide said.

Gee, I wonder why.

The NBC report points out that Perez is the DNC’s third head in a single year, which pretty effectively captures just what a mess the party’s made of itself, from employees under investigation for terror ties, to its email leaks debacle and lame “Russia did it!” spin, to allegations that it tried to help rig the primary process in Hillary Clinton’s favor over Bernie Sanders, to its corrupt collusion with the “impartial” mainstream media.

Heck, even its own spokesmen — you know, the guys the DNC pays to make it look more palatable to the rest of the country — have a nasty habit of going on TV and instead just making the Democrats look like lunatics.

Our friends at Twitchy have a collected some Grade-A Twitter snark in reaction to the Dems’ latest woes:

Wait, I thought that when the new boss cleaned house that was a "Nazi move." https://t.co/nTNFfhg1Td

And they'll be replaced with even more left wing staffers. https://t.co/cGd56UYEiE 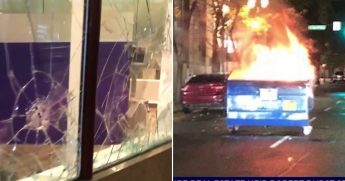