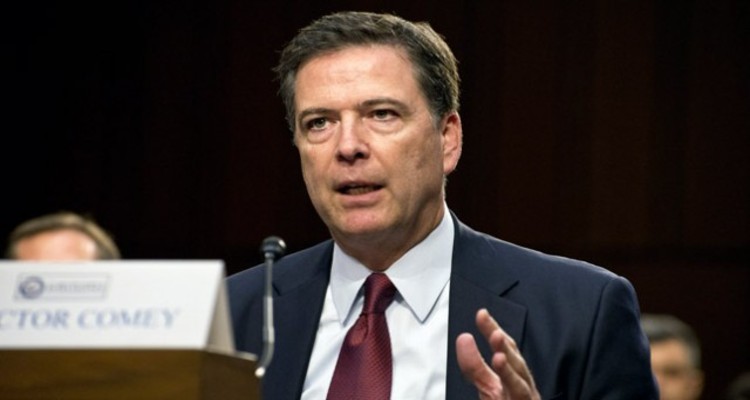 Comey has argued that the highly charged claim is false and must be corrected, but the department has not released any such statement.

The FBI director has been working to get the Justice Department to knock down the claim because it falsely insinuates that the FBI broke the law, the officials said.

Mr. Comey’s request is a remarkable rebuke of a sitting president, putting the nation’s top law enforcement official in the position of questioning Mr. Trump’s truthfulness. The confrontation between the two is the most serious consequence of Mr. Trump’s weekend Twitter outburst, and it underscores the dangers of what the president and his aides have unleashed by accusing the former president of a conspiracy to undermine Mr. Trump’s young administration.

The White House showed no indication that it would back down from Mr. Trump’s claims. On Sunday, the president demanded a congressional inquiry into whether Mr. Obama had abused the power of federal law enforcement agencies before the 2016 presidential election. In a statement from his spokesman, Mr. Trump called “reports” about the wiretapping “very troubling” and said that Congress should examine them as part of its investigations into Russia’s meddling in the election.

Along with concerns about potential attacks on the bureau’s credibility, senior F.B.I. officials are said to be worried that the notion of a court-approved wiretap will raise the public’s expectations that the federal authorities have significant evidence implicating the Trump campaign in colluding with Russia’s efforts to disrupt the presidential election.

One problem Mr. Comey has faced is that there are few senior politically appointed officials at the Justice Department who can make the decision to release a statement, the officials said. Attorney General Jeff Sessions recused himself on Thursday from all matters related to the federal investigation into connections between Mr. Trump, his associates and Russia.

Clearly, if what Trump is claiming is true, the FBI is going to need to scramble and do as much damage control as possible or else they’re in big trouble.

The U.S. government is becoming more corrupt by the day. Hopefully, Trump’s allegations of Obama wire tapping his phone are false, because if not, things may be much worse than we previously thought.