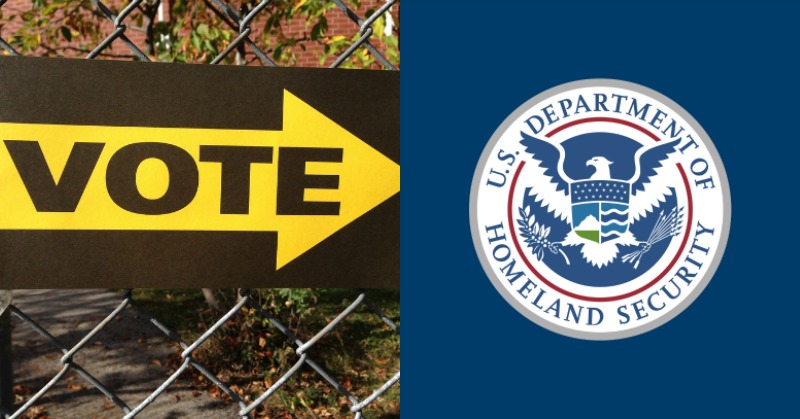 The federal government may be taking over the election process, in an attempt that started before the recent hacks of state election boards and has since been spurred on by the threat.

The Washington Examiner reported that the Department of Homeland Security is considering taking control of elections by declaring them “critical infrastructure.”

This declaration would afford the department a level of control over election security that is akin to the control they already have over Wall Street and the electric power grid.

The federal government never wastes a good crisis to gain more power, and this is no exception. Officials are already talking about speeding up the process in the wake of election cyber attacks:

Homeland Security Secretary Jeh Johnson said, “We should carefully consider whether our election system, our election process, is critical infrastructure like the financial sector, like the power grid.”

“There’s a vital national interest in our election process, so I do think we need to consider whether it should be considered by my department and others critical infrastructure,” Johnson said at a media conference held this month by the Christian Science Monitor.

“There are 16 critical infrastructure sectors whose assets, systems, and networks, whether physical or virtual, are considered so vital to the United States that their incapacitation or destruction would have a debilitating effect on security, national economic security, national public health or safety, or any combination thereof.”

Johnson went on to discuss the lack of a federal election system and seemed to decry the fact that control is in the hands of individual jurisdictions:

According to a White House Policy Directive: “The federal government also has a responsibility to strengthen the security and resilience of its own critical infrastructure, for the continuity of national essential functions, and to organize itself to partner effectively with and add value to the security and resilience efforts of critical infrastructure owners and operators.”

It may or may not be true that elections should be designated as “critical infrastructure”…however, whenever the federal government attempts to gain more control, people should be wary.