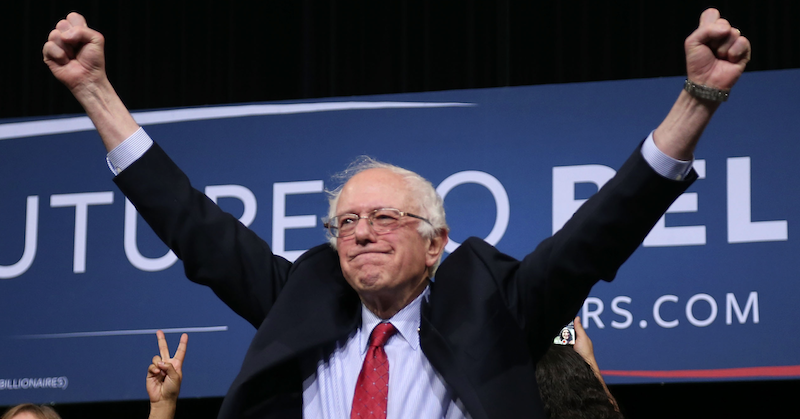 A new WikiLeaks email shows the lengths Hillary Clinton would go to secure the nomination – including a virtual “payoff” of Bernie Sanders, only to double-cross him in the end.

The message was from political blogger Brent Budowsky, to Clinton advisor John Podesta. In it, he suggests that the Clinton campaign and the Democratic National Committee grovel to Bernie Sander and his supporters by speaking about him in glowing terms … Then when the time is right – stab him in the back and tell his then-loyal Bernie supporters to turn tables and support Hillary Clinton:

“John, one thought worth considering,” he writes,” would be for HRC to offer leadership for a better kind of politics by suggesting Democratic candidates agree not to run negative ads against each other during the primaries. A modern version of Reagan’s 11 commandment [sic] of Republicans not attacking each other…

HRC could then spend money running positive ads about herself, juxtaposed against Republicans, which helps her favorable and trust numbers …

Frankly, I thought it was dumb for [Claire] McCaskill and [Luis] Gutierrez to be attacking Bernie. We are going to need his voters to turn out in November for HRC, he won’t be nominated.

I am doing the opposite, repeatedly writing friendly and positive pieces about Bernie as an HRC supporter, and when the time is right, I will have money in the bank with him and his people as a liberal to urge them to come out in force to vote for HRC … 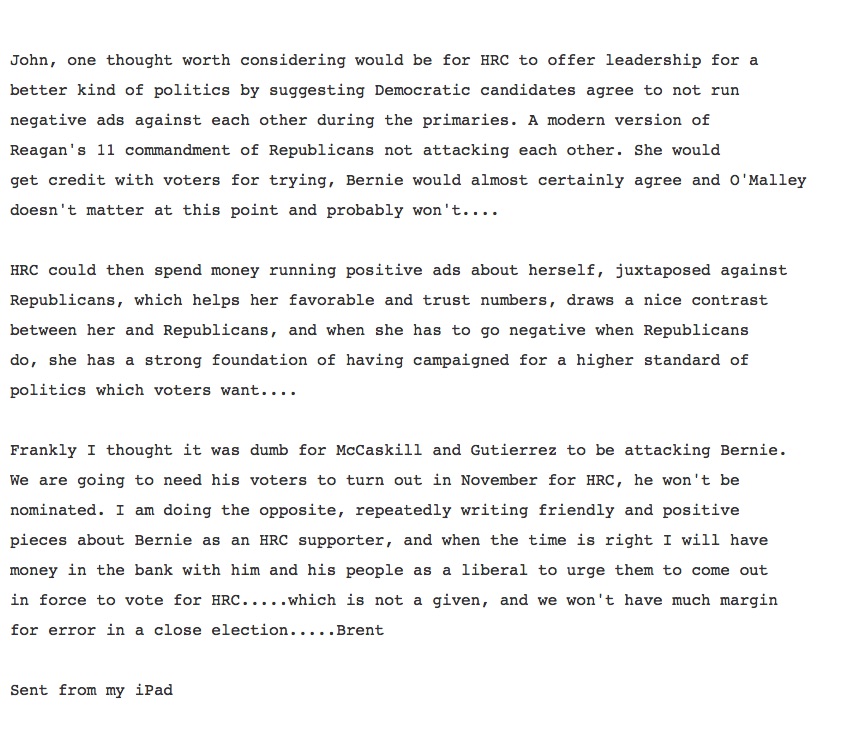 Interestingly, Budowsky did precisely what he said he was going to do – he wrote glowing articles about Sanders (with headlines like “Clearly, Bernie is Most Electable” and “Bernie Surges: DC Insiders Panic” and then suddenly … it all stops. His glowing blog ends with “Bernie Sanders: Dream Merchant” in May. He never wrote again. It was a double-cross.

The @BernieSanders double-cross:
"when the time is right I will…urge them to come out in force to vote for HRC"https://t.co/YuO0yN2HPs

If this is true, as The Libertarian Republic’s Micah J. Fleck writes, it is by far “some of the most compelling evidence yet of the Clinton campaign’s string-pulling and underhanded campaign tactics.”