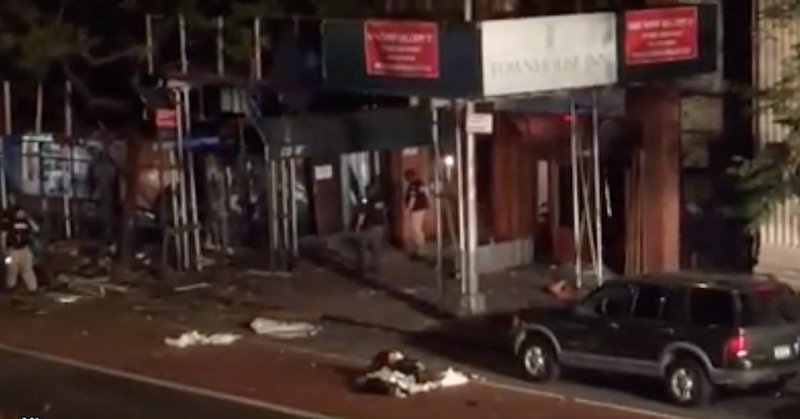 An explosion rocked Manhattan Saturday night in the Cheasea neighborhood shortly after 8:30 p.m.

There were reports of at least 15 injured and no fatalities yet, but it is early in the investigation.

The New York Fire Department confirmed an improvised explosive device was likely the cause of the blast. It was apparently stuffed inside a dumpster.

The explosion occurred outside the Associated Blind Housing facility – a place that cares for the visually impaired, RT is reporting.

Several people posted what they saw on social media.

Moments after the blast on #23rd street #nyc #blast pic.twitter.com/lwbQvR5bDE

#Explosion outside our apartment at 23rd and 6th in #newyork. Terrified. Hoping everyone is okay. pic.twitter.com/i3q4cG7aWT

I have not idea of what just happened . A huge explosion next to my building in #Chelsea #nyc #manhattan #explosion pic.twitter.com/p71SJDR10Q

in Seaside Park, New Jersey near a Marine charity run. The device was placed in a garbage can.

This is a developing story and we will update it as it develops.