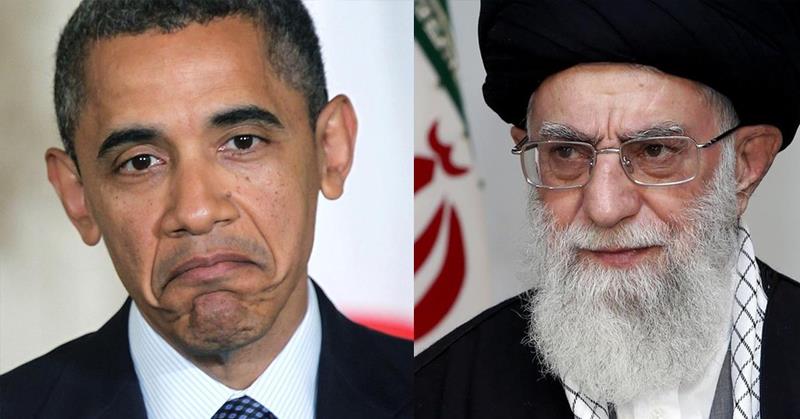 Boy, that nuclear deal Barack made with Iran was such a brilliant idea, wasn’t it? Surely nothing could go wrong.

I mean … they’d have inspections, and they’d be constantly monitored and … oh, wait. What?:

Aside from the security concerns, at the forefront in the GCC’s mind is what impact the radioactive device—wherever it may be today—could have on water supplies.

Gee … who would have ever conceived that something could go wrong with a nuclear deal with Iran? Oh yeah … everyone.

According to the paper, the device went missing after the car transporting it was stolen, oilprice.com reports. The vehicle was recovered, but the radioactive device was not.

The GCC contacted the International Atomic Energy Agency over the incident. That group is concerned that Iran’s nuclear program would pollute the waters in the Gulf. Many desert arab nations on the Arabian Peninsula rely on desalination of ocean water for their drinking water.

The missing device will reportedly lose “half its power” after 74 days of inactivity, but should still be “handled with care” after that period.

Speaking to Asharq al-Awsat, the Arab official criticized Iran’s low security and safety levels at the Bushehr reactor, adding that the lack of Iranian transparency about its nuclear program adds further concerns and anxiousness for the Arab Gulf states.

President-Elect Donald Trump has promised to “dismantle the disastrous deal with Iran” the moment he becomes president.

If Trump were willing and able to deliver on that promise by tearing up the deal, Iran would once again impact the oil market, dragging down Iran’s oil exports from the near-pre-sanctions levels it has almost reached in recent months.

Last week, the U.S. House of Representatives voted overwhelmingly in favor of extending the Iran Sanctions Act (ISA) from 1996 through December 31, 2026. The act—adopted long before the most recent international sanctions against Tehran—was aimed at punishing investments in the Iranian energy industry and deterring the country from pursuing the development of nuclear weapons.

Last week’s bill to extend the ISA after its expiry next month still needs Senate approval and President Obama’s signature to become law.