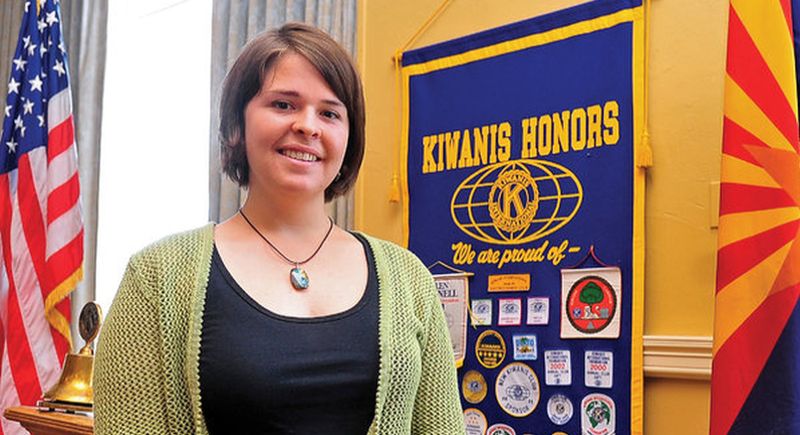 Kayla Mueller spoke in 2013 to a group in her hometown Prescott, Ariz., about her work with Syrian refugees in Turkey. Credit The Daily Courier, Prescott, Ariz.

ISIS claimed Friday that the an American female hostage was killed by Jordanian bombings in northern Syria intended to avenge the tortuous death of their captured fighter pilot who was burned alive earlier this week.

Via The New York Times:

An Islamic State message published by the SITE Intelligence Group, which tracks jihadist activity, said the American woman was killed when the building where she was being held in the Raqqa area collapsed in an airstrike.

“The failed Jordanian aircraft killed an American female hostage,” said the message. “No mujahid was injured in the bombardment, and all praise is due to Allah.” Mujahid means fighter.

The group said the woman was killed by “fire of the shells dropped on the site.”

ISIS for the first time went so far as to identify the hostage by name, Kayla Mueller, and gave her address in Prescott, Ariz. in an underneath the rubble.

The National Security Council is advising us to view these claims with extreme caution.

Via The New York Times:

A senior United States military official with knowledge of the targets attacked by the Jordanians said the targets in and around Raqqa that were struck were carefully vetted and scrutinized, as with previous strikes, and there were no indications in advance that any hostages were located at the facilities.

“The same high standards we apply to all targets in the vetting stage were applied to these,” said the official, who spoke on the condition of anonymity to discuss military operations. “If there’s any inkling a person like that was there, we don’t go there.”

The official cautioned that without proof of the American hostage’s death, the statement by the Islamic State could be a ploy to cause the Jordanians and the rest of the American-led coalition to refrain from any heavier airstrikes.

Our prayers are with Ms. Mueller and her family.