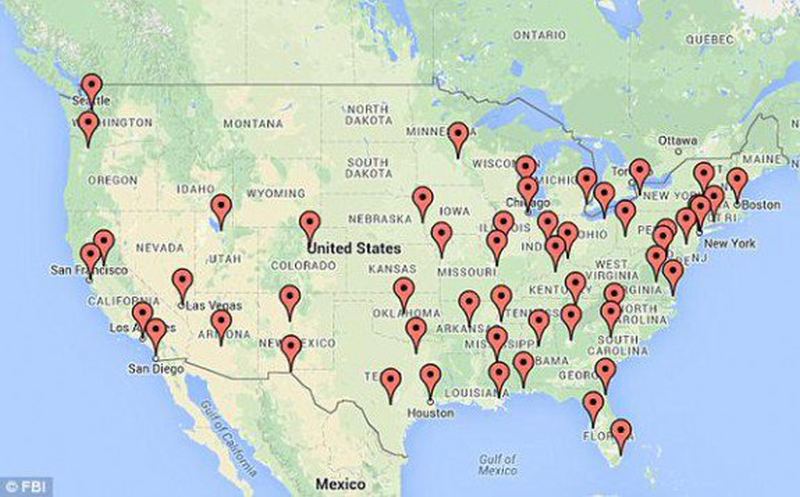 They mentioned that they would be setting up command centers throughout the U.S. to prepare for the potential attacks, adding that the FBI has canceled all vacations for agents over the 4th of July weekend.

Well, they apparently have.

Fox affiliate WTTG-TV in Washington reported federal agencies have sent out warnings to police departments around the country.

But somehow, ISIS has also allegedly found out where the FBI command centers are located.

Today, the terror group posted a map of the July 4th FBI command centers, which was making the rounds on ISIS linked Twitter accounts until the account got suspended.

The map shows the temporary command posts set up across America for the upcoming holiday weekend. 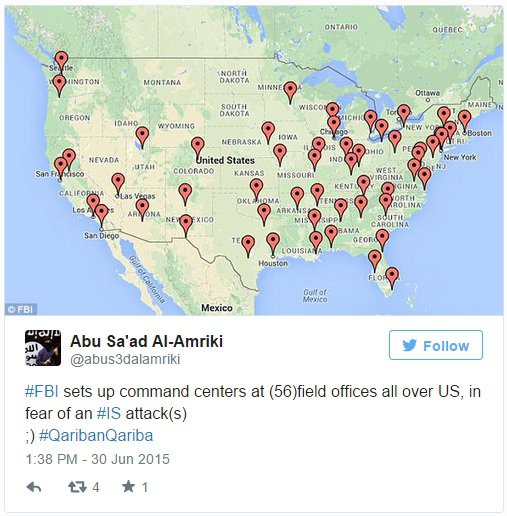 This can all lead to nothing and the weekend can be a normal 4th of July weekend, but as said before, stay vigilant, Americans.