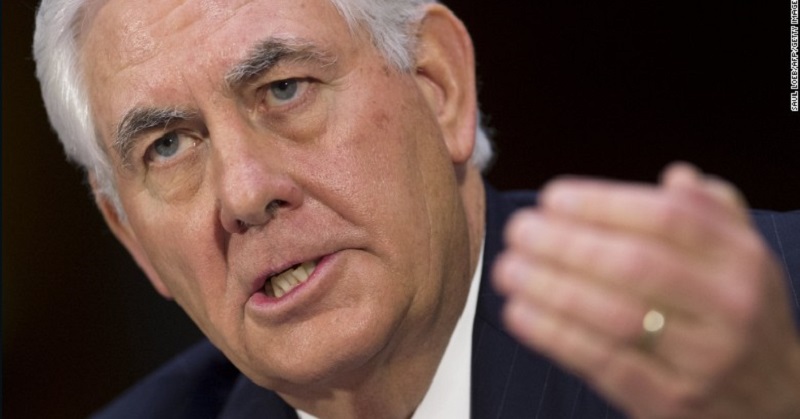 Patrick Kennedy, the agency’s undersecretary for management who had served in that position for almost a decade, resigned unexpectedly along with three of his top officials, The Washington Post is reporting.

The mass resignations will make newly-confirmed Secretary of State Rex Tillerson’s job much more difficult. Kennedy was actually in the running to be Tillerson’s number two at the State Department. He was actively involved in the transition.

All are career foreign service officers – not political appointees – who have served under both Republican and Democratic administrations.

In addition, Assistant Secretary of State for Diplomatic Security Gregory Starr retired Jan. 20, and the director of the Bureau of Overseas Building Operations, Lydia Muniz, departed the same day. That amounts to a near-complete housecleaning of all the senior officials that deal with managing the State Department, its overseas posts and its people.

Whether Kennedy left on his own or was pushed out by the incoming Trump team is not known. Just days before he resigned, he was taking on more responsibility inside the department and working closely with the transition. His co-workers expressed surprise at the resignation.