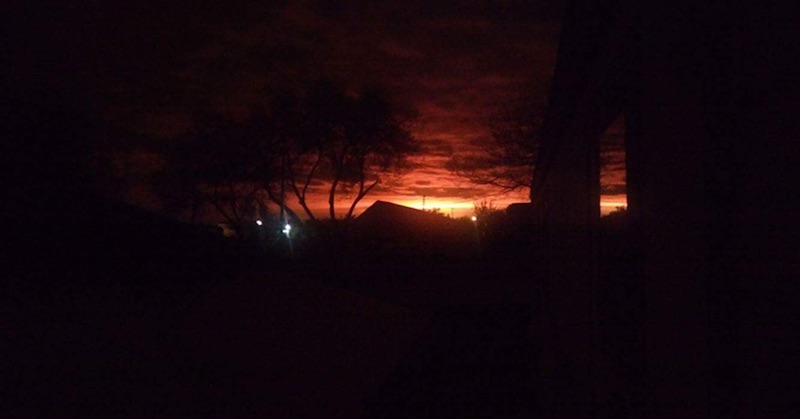 A massive gas explosion in South Texas rocked the town of Refugio, with communities as far as 60 miles away feeling the shakes from the blast.

Flames could be seen more than 100 miles away, KHOU reports.

State Troopers say so far there are no reports of injuries or serious damage. The fire is now under control.

It was about midnight when troopers received the first reports of a large explosion between Corpus Christi and Victoria, about 160 miles southwest of the Houston area.

Troopers say the explosion occurred along a natural gas pipeline about a quarter-mile off 427 FM Rd 774.

No evacuations were called for as the company came out and shut off the flow of gas. It’s not yet confirmed which company owns the pipeline, however.

Witnesses many miles away said it looked like a volcano was erupting.

The cause of the fire is under investigation.