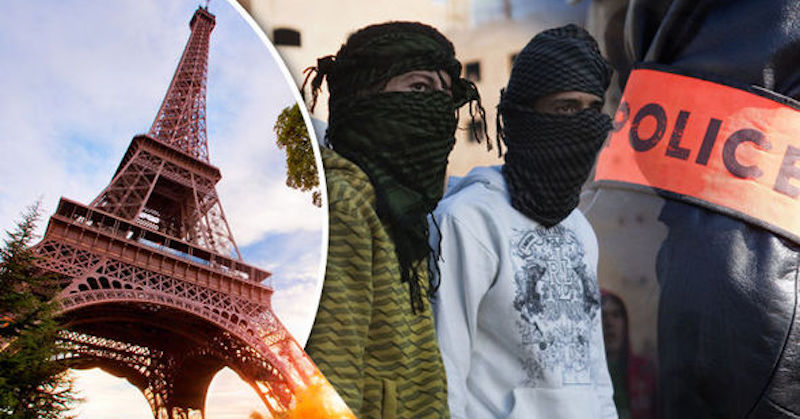 A teenaged girl was found bound and gagged after three illegal immigrants gang-raped her next to the Eiffel Tower in Paris.

The 19-year-old girl was lured to the monument thinking she was going on a date with someone she met on Facebook.

She was responding to messages from someone she thought was a 17-year-old Tunisian boy. She initially met him briefly close to her home in the suburbs of the French capital.

Last weekend, she showed up for a second date – it was supposed to be a picnic in the shadow of the iconic monument – when she was brutally attacked, The Express is reporting.

A source close to the case, said: “It was a warm night, and she expected to eat strawberries and grapes, and to drink Coke, but then the attack took place.”

The woman was dragged under a bush behind where a blanket had been laid out.

She was then raped by three men who then gagged, beat her up and tied her up.

The victim – who the press didn’t name – had apparently recently ran away from her parents’ home. She was found by a couple who were jogging early Monday morning. They heard her muffled sobbing and found her naked and crying.

Police then used computer data to quickly trace the three men to a hotel in the 18th arrondissement of Paris.

They were caught there just before they tried to flee to Germany on Monday.

None of them had any official papers and all claimed they were 17 year olds from Tunisia and were seeking asylum.

However, early checks suggest they are likely to be a lot older and possibly from Algeria.

The source said: “An enquiry is underway to try and work out exactly who they are, and what they were doing in France.”

All the men deny rape, saying they were involved in a “consensual adult relationship” with the woman.

The three men, who also cannot be named for legal reasons, have been remanded in custody as prosecutors and police continue a rape investigation.

Their victim is currently in the care of social services. 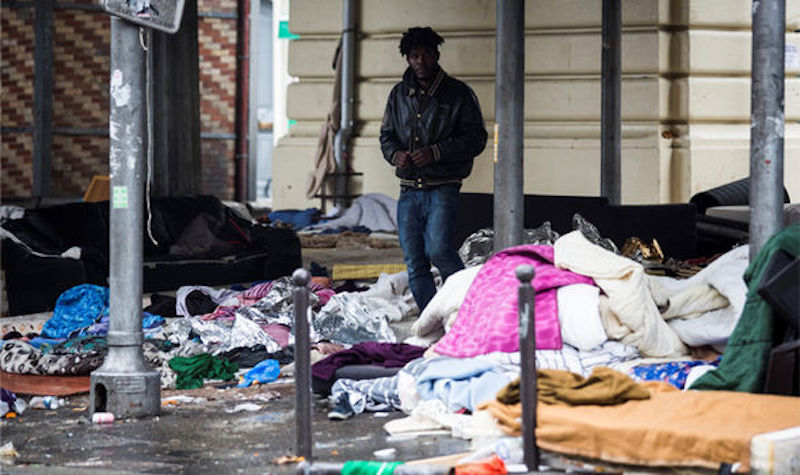 Migrant camps have popped up every were in Europe and nowhere is the problem worse than in Paris, where migrants can be found pitching tents and squatting everywhere. 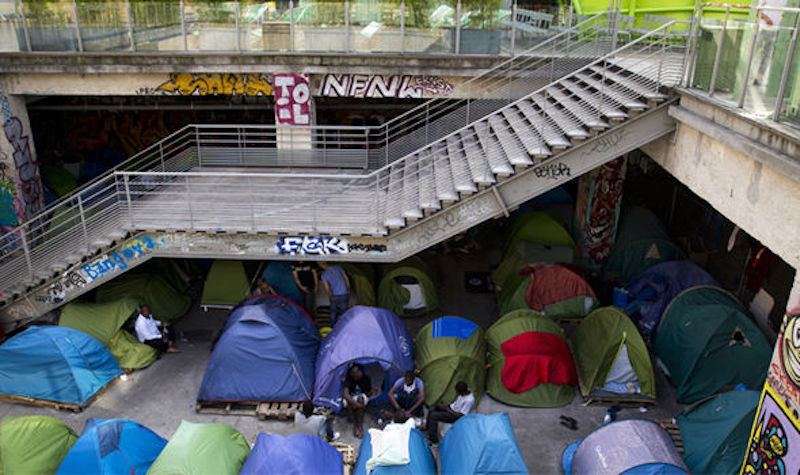