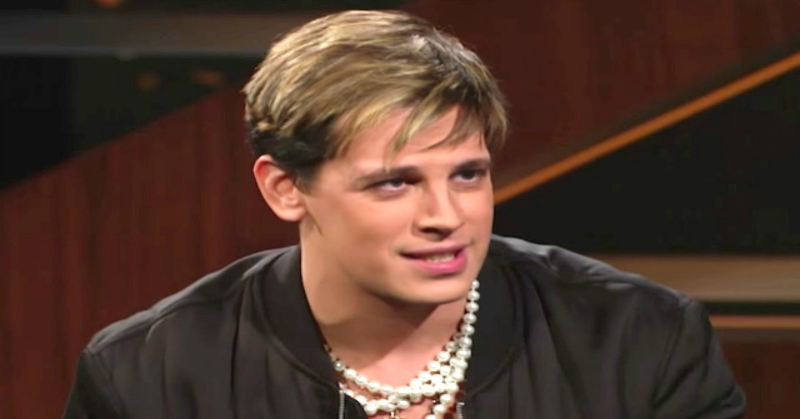 Following the release of an extremely controversial video in which it appears Breitbart editor Milo Yiannopoulos voiced his support for inappropriate relationships between “younger boys and older men,” the “Internet villian” has received some bad news.

It was announced that Yiannopoulos was to be the keynote speaker at CPAC 2017, as he has been such a large proponent of freedom of speech on college campuses. Shortly afterward, The Reagan Battalion released a video that has since gone viral.

Here is a longer cut where Milo Yiannopoulos says that he "is advocating" for legal sex between 13 year olds! & older men. #CPAC2017 pic.twitter.com/1fiuv7TSKs

Many pressured the American Conservative Union’s chairman Matt Schlapp to rescind the speaking invitation, leading to the disinvitation of Milo as the keynote speaker.

Milo will be disinvited from #CPAC, I've just been told.

Schlapp released a statement on the decision. 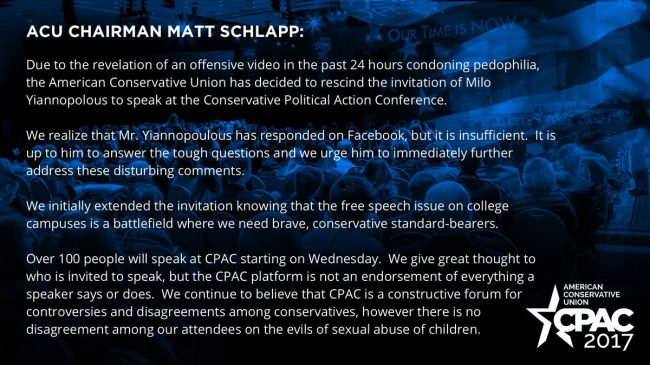 Despite this, it appears that Milo might still be making an appearance in Washington DC, and perhaps even at CPAC.

I just got off the phone with Milo Y. He was unaware of this decision and said he's probably still coming to DC. https://t.co/YxCAjLyC7I

Time will tell how this shakes out. Are you glad that Yiannopoulos won’t be speaking this year?