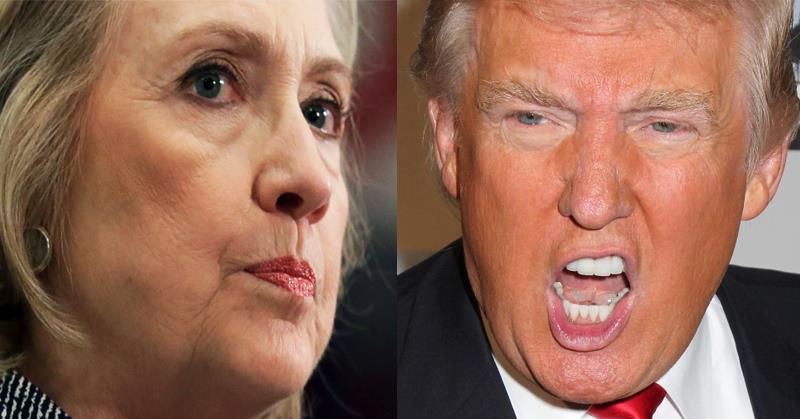 Yesterday, we reported that one of the debate moderators has been announced, and that Matt Lauer will be moderating the first “Commander in Chief” forum on September 7. The problem is that he is a ‘notable’ member of the Clinton Global Initiative, a clear conflict of interest.

Today, we learned who the moderators will be for each of the three official presidential debates this fall. And the list is not a good one…

Per the press release:

Martha Raddatz, Chief Global Affairs Correspondent and Co-Anchor of “This Week,” ABC and Anderson Cooper, Anchor, CNN
Sunday, October 9, Washington University in St. Louis, St. Louis, MO
This debate will be town-hall style (think chairs and not podiums). Members of the audience will be able to ask questions

The first moderator, Lester Holt, is no stranger to blatant media bias. As the Media Research Center reported, he once asked the former RNC chairman if they were okay with opposing Obamacare, asking “Do you want to be in a position of taking something away?”

Then there’s Elaine Quijano, also a hostess with bias issues. When reporting on voter fraud and ID in Pennsylvania, she touted the Democratic line that Voter ID “targets poor and elderly voters” and dismissed the charge of voter fraud despite legitimate allegations reported by the Associated Press.

On camera, she straight up stated that voter ID laws are designed to suppress Democratic voters.

Quijano turned to a Democratic state representative and let her all but accuse the Republicans of racism. She forwarded that charged accusation in her second question to Rep. Metcalfe:

VANESSA LOWRY BROWN, (D), PENNSYLVANIA STATE REPRESENTATIVE: We all know that if you initiate this, that you will silence a group of people who will consistently vote for one particular party.

BROWN: Exactly- to suppress the Democratic vote, because this population of people are registered Democrat. They have already done the demographics. They know the numbers.

QUIJANO: And the accusation that this is about suppressing the Democratic vote?

METCALFE: I think it’s outrageous for the accusation to have any legs at all. It’s- when you talk to voters across the state, when you look- survey after survey- voters at the base, across party lines, want to ensure that their vote is protected.

And finally, there is Martha Raddatz. In 2012, she effectively endorsed Hillary Clinton on live television.

Is Raddatz objective? There is evidence of liberal tilt that the Commission could have considered. Start with Raddatz fawning all over Secretary of State Hillary Clinton as “cool” and “trending” on May 9, 2012:

“Let’s face it, Hillary is cool. Trending. From the dancing and drinking photos during her trip to Colombia, to the iconic shot of the secretary texting on her C-17. When bloggers made up a few scenarios, telling the President and Vice President to get back to work. Rejecting a friend request from Facebook’s Mark Zuckerberg, Clinton weighed in with real texts. “Rolling on the floor laughing.” “Scrunchie time.” Ahh, the scrunchie. Those were the days when staff would cringe at Hillary’s desire to pull her hair back. The days that eventually led to the glamorous First Lady, the evolving hair styles. Never the same one twice, it seemed. And then, to the buttoned-up candidate Clinton. You know, the polarizing one. But not anymore. Her latest approval rating is 65 percent. Just behind that fashion icon, Michelle Obama.”

So, who do you think the debates will be slanted towards in 2016? Seems like a repeat of 2012 all over again…