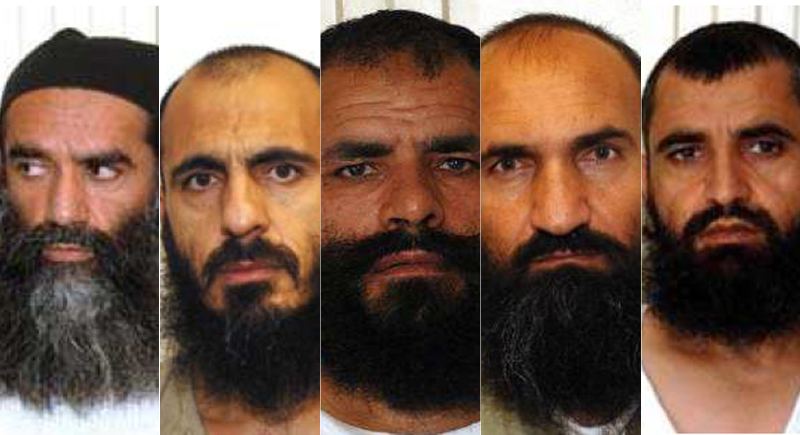 Today, one of the “Taliban 5” that was traded for deserter Bowe Bergdahl returned to the battlefield.

The U.S. military and intelligence community now suspect that one of the five Taliban detainees released from Guantanamo Bay in return for Sgt Bowe Bergdahl in May of last year has attempted to return to militant activity from his current location in Qatar, CNN has learned exclusively. The development has led to an ongoing debate inside the administration about whether there is a new threat from this man, and potentially the other four.

This is the first known suggestion that any of the detainees involved in the exchange may be trying to engage again in militant activity. It comes at a politically sensitive time as the administration has quickened the pace of prisoner release in an effort to encourage the closure of the facility, and the Army must decide in the coming weeks whether and how to punish Bergdahl for leaving his post.

Several U.S. officials across different agencies and branches of the U.S. government have confirmed key details to CNN. The White House referred CNN to the Pentagon, and the Pentagon has declined to comment on the matter.

The officials would not say which of the five men is suspected. But an ongoing U.S. intelligence program to secretly intercept and monitor all of their communications in Qatar turned up evidence in recent months that one of them has “reached out” to try to encourage militant activity, one official said.

The official would offer no further details. Under current law, this act placed the man in the category of being “suspected” of re-engaging in terrorist or insurgent activities.

However several officials say there is now a debate inside the administration that the intelligence may be stronger than the “suspected” classification.

Some elements of the intelligence community believe the information is strong enough to classify the man as “confirmed” for returning to illegal activities. One official told CNN all five men are having their communications even more closely monitored right now, but the belief is there is no current threat.