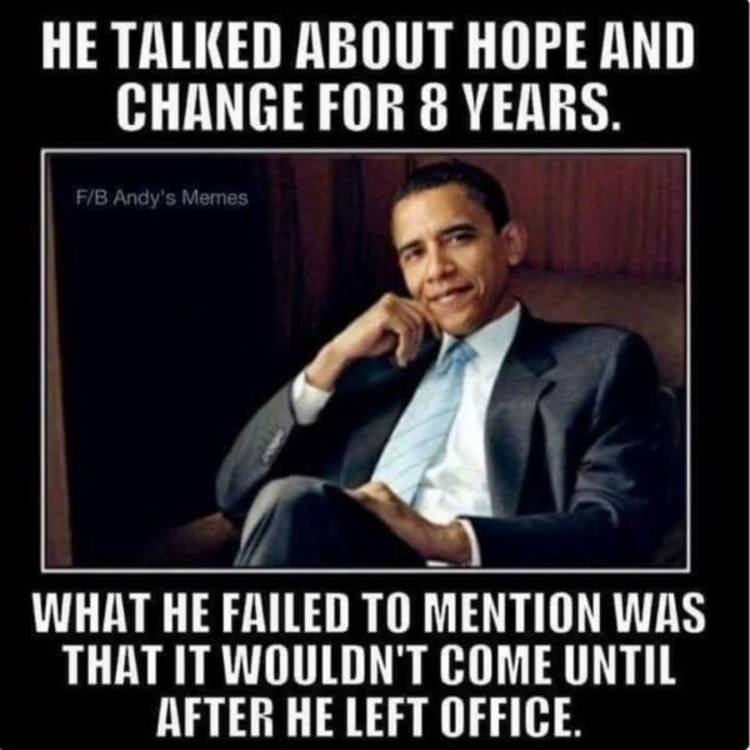 Steve Straub reports that Barack Obama, proving how disgusting and classless he is, broke tradition, and slammed Trump for withdrawing from the un-ratified, and unconstitutional Paris Climate Treaty.

A year and a half ago, the world came together in Paris around the first-ever global agreement to set the world on a low-carbon course and protect the world we leave to our children.

It was steady, principled American leadership on the world stage that made that achievement possible. It was bold American ambition that encouraged dozens of other nations to set their sights higher as well. And what made that leadership and ambition possible was America’s private innovation and public investment in growing industries like wind and solar – industries that created some of the fastest new streams of good-paying jobs in recent years, and contributed to the longest streak of job creation in our history.

Simply put, the private sector already chose a low-carbon future. And for the nations that committed themselves to that future, the Paris Agreement opened the floodgates for businesses, scientists, and engineers to unleash high-tech, low-carbon investment and innovation on an unprecedented scale.

The nations that remain in the Paris Agreement will be the nations that reap the benefits in jobs and industries created. I believe the United States of America should be at the front of the pack. But even in the absence of American leadership; even as this Administration joins a small handful of nations that reject the future; I’m confident that our states, cities, and businesses will step up and do even more to lead the way, and help protect for future generations the one planet we’ve got.

Barack Obama was the worst president in modern history, and he needs to go away.