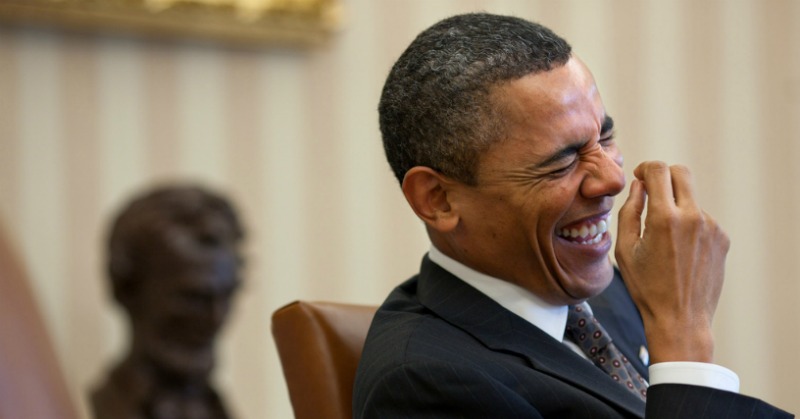 The White House released a list of new appointments Tuesday morning and some top Obama administration names were included. Among them were Valerie Jarrett, his White House senior adviser, and Susan Rice, the national security adviser, who will both become general trustees to the John F. Kennedy Center for the Performing Arts.

Ben Rhodes, deputy national security adviser for strategic communications and chief salesman of the Iran nuclear agreement, was appointed as a member of the U.S. Holocaust Memorial Council.

Three of these appointments are simply egregious — Rhodes, Rice and Jarrett.

It is truly disturbing for Obama to appoint Rhodes, who the Examiner described as the “chief salesman of the Iran nuclear agreement” to the U.S. Holocaust Memorial Council.

Obama emboldened the world’s foremost state sponsor of terrorism, the anti-Semitic Islamic Republic of Iran, that wishes to wipe Israel off the map, and now appoints the “chief salesman” of the deal that emboldened these terrorists to the U.S. Holocaust Memorial Council?

After Obama’s shameful refusal to veto a United Nations Security Council vote against Israel last month and his other actions/inactions over the last eight years, one begins to wonder why he is not being called out by the mainstream media for this clear pattern of anti-Semitism?

(I’m being facetious, of course).

For the second particularly egregious nomination there’s Susan Rice, who made the Sunday show circuit after the terrorist attack in Benghazi, Libya that killed four Americans on Sept. 11, 2012. Rice went around claiming that an internet video caused the attacks which was swiftly outed as a farce.

In the following years, it became abundantly clear that Rice probably took one for the team by spreading the propaganda and as such, has been rewarded handsomely with appointments for her efforts.

For the third slap in the face to the American people, there’s Valerie Jarrett, Obama’s radical senior advisor, another architect of the Iran deal. Jarrett also has a history of anti-Semitic comments, among other egregious statements over the years as part of the Leftist administration.