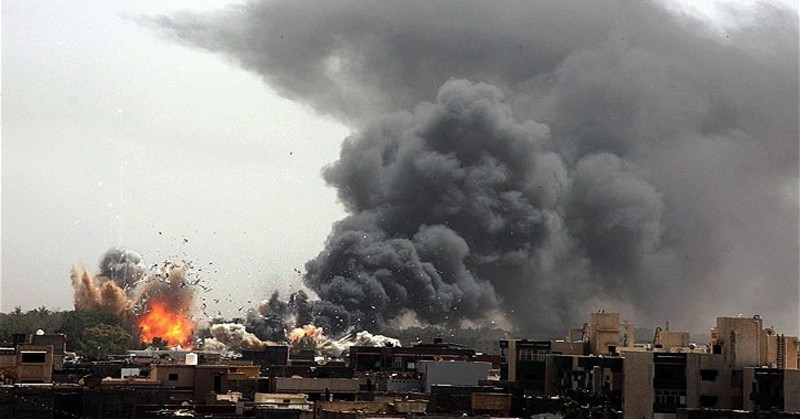 One of Donald Trump’s main promises to the American people was to destroy ISIS and the news out of Mosul shows the President is keeping his word thus far.

On Saturday, the Defense Department announced an Islamic State command-and-control headquarters in western Mosul was destroyed by a coalition air strike.

The five-story Bab Sinjar administration building, which also served as a propaganda facility, was located in the Jumhuri medical community complex, the release from Operation Inherent Resolve said. The U.S.-led coalition carried out the strike in Iraq on Friday.

Islamic State terrorists regularly use protected sites like hospitals, schools and mosques for activities to try to protect themselves from air strikes, but the coalition determined through intelligence collection that the building was no longer used for any medical purposes and that there were no civilians at the site.

The air strike was one of three in Mosul on Friday. The other strikes destroyed other Islamic State assets, including four watercraft, three front-end loaders, two shipping containers, a mortar system, an artillery system and a facility to make vehicle-borne improvised explosive devices.

While ISIS sustained heavy damaged from U.S.-led forces, Russia has also been pounding the group as well.

The Russian Defense Ministry said on Friday that long-range bombers had fired a series of cruise missiles at ISIS targets around the Syrian city of Raqqa.

The ministry said in a statement that the Tupolev-95 bombers had taken off from Russia and flown over Iran and Iraq to get to Syria where it said they had successfully targeted militant training camps and a command point.

Russia carried out a series of sustained attacks on Raqqa in late 2015, but has since focused its fire power around Aleppo and other rebel-held areas.

The offensive to dislodge Islamic State from Mosul, its last major city stronghold in Iraq, started in October. ISIS declared in 2014 a self-styled “caliphate” that also spans parts of Syria.

The Washington Examiner explains how an effort to retake Mosul from the Islamic State has been ongoing for months, and the Pentagon said Friday that the city is now fully encircled by Iraqi forces, decreasing the readiness of the ISIS forces since resupply is difficult.

“Mosul is going to be liberated. It is a military fact,” Capt. Jeff Davis, a Pentagon spokesman, claimed.