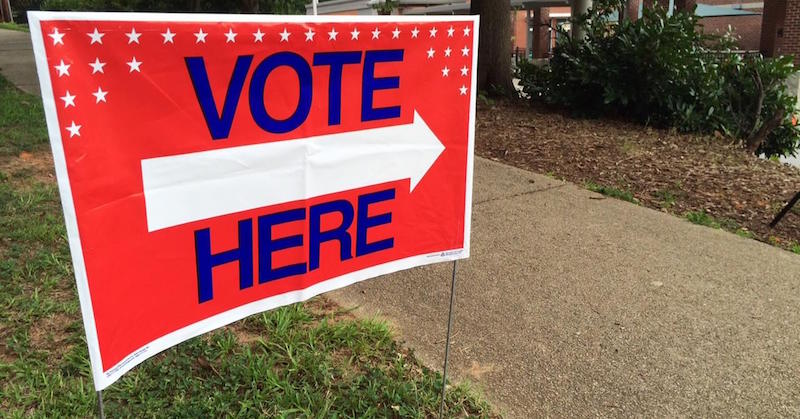 The Supreme Court tossed out one of the most nonsensical liberal arguments Friday by rejecting a challenge to Texas’ voter ID law.

The argument – that it’s somehow racist to ask people to show their identification when voting – was flatly rejected by the court, denying an emergency request from Latino groups and Democratic lawmakers, Fox News is reporting.

The order was unsigned, meaning they did not explain their reasoning or even if there was any dissent.

But this is still good news – it means that at least five of the Supreme Court Justices don’t think minorities are so dumb that they can’t figure out how to get proper identification, which is either free or very inexpensive in every state.

What always destroys liberals’ argument that requiring identification discriminates against poor people or minorities is that these same people are required to show identification when receiving food stamps or any government services.

There is another lawsuit against the Texas law – known as SB14 – that is still pending in federal court. A federal appeals court is hearing that case next month and the Supreme Court indicated they could revisit the issue again later this year.

The Texas Voter ID Law is one of the strictest in the country, but it only requires a photo ID to cast a ballot, either a driver license or state ID Card. Still, there are apparently 600,000 eligible voters who lack a photo id.

State officials contend, however, that they haven’t had to turn away large numbers of voters – proof that the law doesn’t disenfranchise many people at all.

In 2013, the Supreme Court struck down most of the Voting Rights Act’s enforcement powers – muting the federal government’s ability to block state laws they believe discriminate against the poor or minorities.

Against that backdrop is the Texas voter ID law, affecting more than 14 million voters this election cycle. The 5th Circuit U.S. Court of Appeals is poised to take another look at the issue in coming months, but both sides are at odds over its continuing enforcement. The ID requirements were used during the Texas primary last month, as well as the 2014 elections.