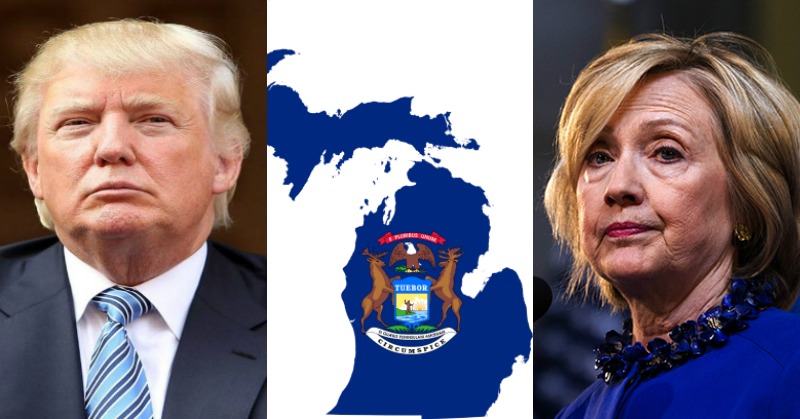 Two weeks after the presidential election, the winner of the extremely close race in Michigan has been announced — President-elect Donald Trump.

In the closest race for president in Michigan’s history, Republican Donald Trump is hanging on to a 10,704 vote win over Democrat Hillary Clinton.

The Michigan Secretary of State posted results Wednesday that were submitted by the state’s 83 county clerks on Tuesday after the votes were reviewed and certified by each county.

Before that compiled count, Trump held a 13,107 lead over Clinton. But after each county certified its results, the lead shrunk to 10,704, with the biggest chunk coming from Wayne County, which showed that Clinton had gotten 565 more votes than originally tallied by the county.

The state’s Board of Canvassers will officially certify the results on Nov. 28. The electoral college in all the states, including Michigan’s 16 electors, will cast their votes on Dec. 19.

The last Republican presidential candidate to win the state of Michigan was George H.W. Bush in 1988.

The Michigan Secretary of State released a statement about the election results on their website: “Many people have asked about Michigan’s process for counting ballots and certifying election results. Please be aware that all 1,521 Michigan cities and townships completed ballot counting and reported unofficial results by the morning of Wednesday, Nov. 9.”

“The county canvassing boards, as they do after every election, then began their work to review and certify the results from each precinct.”

Trump has amassed 306 electoral votes to Clinton’s 232. When the left thought that Clinton would win the Electoral College easily, there didn’t seem to be much concern about the fairness of it. Now that the popular vote has a spread of about 2 million votes in Clinton’s favor, suddenly ill-educated leftists are very concerned about it.

There have been calls by computer experts to investigate the election results, but given the dirty tricks that we know the left has engaged in, those that have called for such an investigation may want to be careful what they wish for…