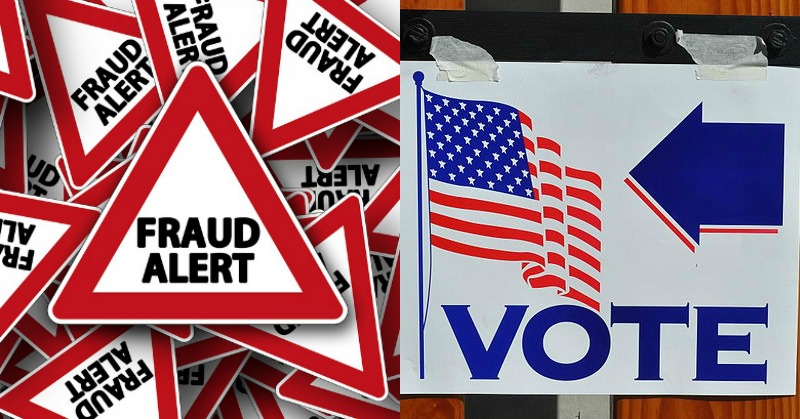 Thousands of non-citizens illegally registered to vote via the Motor Voter program in Virginia, which was recently revealed in a small, eight-county study.

PJ Media reported the massive voter fraud that debunked, once again, the left’s assertion that this country doesn’t have a serious problem with the integrity of the voting system.

The eight-county study by the Public Interest Legal Foundation (PILF), which didn’t include the big Virginia counties of Alexandria and Fairfax, uncovered voter fraud in the form of 1,046 non-alien citizens that were registered to vote thanks to the Motor Voter program, or the National Voter Registration Act of 1983.

Motor Voter requires that all driver’s license applicants must be offered the opportunity to register to vote which includes a simple box that an individual can check to verify their citizenship and thus their eligibility to vote.

How were these individuals caught? By accident, because of course our government isn’t going to actually go after voter fraud.

When these illegal voters went to renew their drivers licenses, they actually told the truth about their lack of citizenship, which outed the illegal voter registration.

As PJ Media reported, the fact that Virginia does not have citizenship requirements that other states have makes the voter fraud situation even more difficult.

Billionaire left-wing progressive George Soros has funded organizations, including The Advancement Project and Demos, that fight against rooting out voter fraud, via lawsuits that hamper or completely eliminate a state’s ability to verify the citizenship of voter registrants.

Related: How Soros-Backed “October Surprise to Stop Trump” Plans to Undermine US Elections

While 1,046 illegal voters is a big enough problem, it’s just the tip of the iceberg. The number only reflects those that were caught in an eight-county study of those that complied with the request by PILF for their list maintenance documents that show the alien voters that have had their registration removed.

Even in this small sample, when the voting history of this small sample of alien registrants is examined, nearly 200 verified ballots were cast before they were removed from the rolls. Each one of them is likely a felony.  Again, this is from just a small sampling of Virginia counties. Each of the aliens we have discovered to have registered or voted has likely committed a felony.

Although voter fraud of any number is never insignificant, the 200 number is particularly important here.

The responses [to records requests] were nearly identical and soon it became clear that they were orchestrated by Edgardo Cortes, the Commissioner of the Virginia Department of Elections, and an appointee of Governor McAuliffe. According to numerous county election officials,Commissioner Cortes had issued guidance to them, instructing them not to respond to our requests for records pertaining to non-citizen voters.  Some election officials kindly provided us the original communications from Cortes.

Note: Edgardo Cortes worked for the Soros-backed group, the Advancement Project, which seeks to advance the cause of undermining the U.S. election system.

As Democrats bleat on about Republicans hampering the ability of illegal aliens, the dead, and those that can’t be bothered to obtain voter identification, they will almost assuredly ignore this case, and the many others, that confirm just what Republicans are fighting against.

Democrats take no issue with voter fraud because it’s a part of their platform. They have no interest in fighting for law, order, or the integrity of the voting system in this country because it would cut into their voter base.