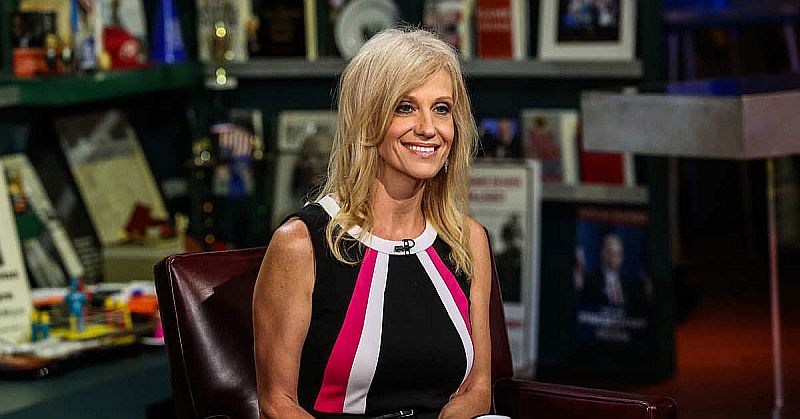 At first, Kellyanne Conway was reluctant to take on any official capacity within the Trump White House. She had a very busy life as a mom and wife, and didn’t want anything to interfere with her family life.

But The President-Elect must have made, as they say, an offer she can’t refuse.

Conway broke gender barriers being the first female campaign manager of a winning presidential campaign and served as senior advisor for the transition team, The Washington Post reports.

Now, Trump announced Conway will serve as White House counselor to the President.

She will be part of the senior leadership team in the West Wing, responsible for formulating messages and other priorities.

“In her position, Conway will continue her role as a close adviser to the President and will work with senior leadership to effectively message and execute the Administration’s legislative priorities and actions,” the Trump transition said in a statement.

Conway’s role would be similar to the role that Karen Hughes took in the George W. Bush administration – she’ll work close with the president and handling the “big-picture communication” duties for the White House.

Trump praised Conway in the announcement, calling her “a trusted adviser and strategist who played a crucial role in my victory,” adding she has “amazing insights on how to effectively communicate our message.”

Conway said in the statement that she was “humbled and honored to play a role in helping transform the movement he has led into a real agenda of actions and results.”

Prior to joining Trump’s team, Conway worked for Sen. Ted Cruz, chairing a superPAC that supported his presidential bid. Though she became one of Trump’s most trusted advisers, Conway had previously criticized Trump for having “built a lot of his business on the backs of the little guy.”