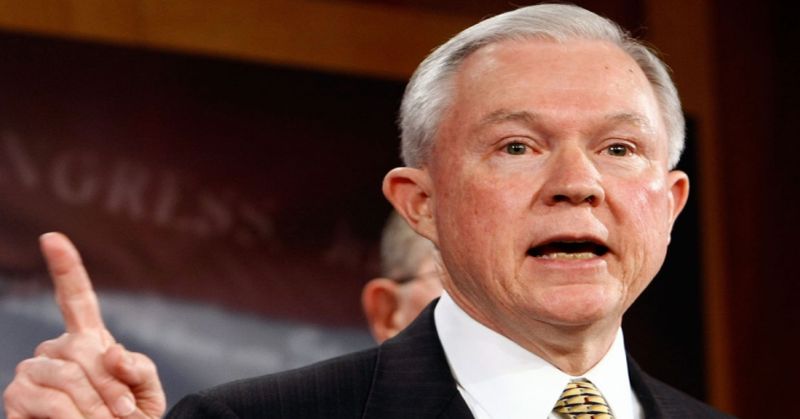 There has been a great deal of talk about who would be President-elect Donald Trump’s Attorney General. Rumor had it that Ted Cruz was being considered, but a source within the Trump team recently confirmed that it is not Cruz who will be offered the position.

The choice does involves controversies though (go figure, with a Trump nomination).

Sessions has been one of Mr. Trump’s closest and most consistent allies.

But when Sessions faced Senate confirmation for a job 30 years ago, it didn’t go well.

Nominated for a federal judgeship in 1986, Sessions, R-Ala., was dogged by racist comments he was accused of making while serving as U.S. attorney in Alabama. He was said to have called a black assistant U.S. attorney “boy” and the NAACP “un-American” and “communist-inspired.”

Sessions was the first senator to back Mr. Trump during the campaign and is an architect of Mr. Trump’s immigration, counterterrorism and trade policies.

His name has been floated for attorney general and secretary of defense. The Trump transition team released a statement Thursday saying the president-elect is “unbelievably impressed” with Sessions, citing his work as a U.S. attorney and state attorney general in Alabama.

But confirmation for the four-term lawmaker, even in a Republican-controlled chamber, is not guaranteed.

CBS continued to make mention of several instances where he made comments regarding the Ku Klux Klan, and allegedly about how the Klan supported him until the found out that he smoked marijuana. Sessions later stated that the comment was an off-the-cuff joke not to be taken seriously.

Senators who voted against confirming Sessions in 1986 offered criticisms of racism against the now-Senator. Nonetheless, he was confirmed to be in the office of U.S. Attorney.

Today, Sessions would face confirmation as a member of the chamber. Senators often are deferential to current and former members who are nominated for Cabinet posts. The last time the Senate rejected one of its own was in 1989 when then-Sen. John G. Tower, a Texas Republican, could not get confirmed as President George H. W. Bush’s defense secretary amid reports of heavy drinking and womanizing.

If Sessions is nominated for a position in the Trump Cabinet, his confirmation hearing could occur as early as January. The Republicans will have only a 52-48 advantage, assuming Republicans win an upcoming Senate election. That means Sessions couldn’t afford to lose any votes from members of his own party. If there are Republicans upset by his comments – not just years ago about race but also what he has said in recent years about immigration – his confirmation could be a challenge.

Two very divergent Senators, Lindsey Graham and Mike Lee, stated that they would both support a nomination of Sessions to be the nation’s top cop.

When asked about if he believed that he could be confirmed for the post, he told reporters:

“People have to make that decision. The actual senators will cast those votes on any confirmation.”