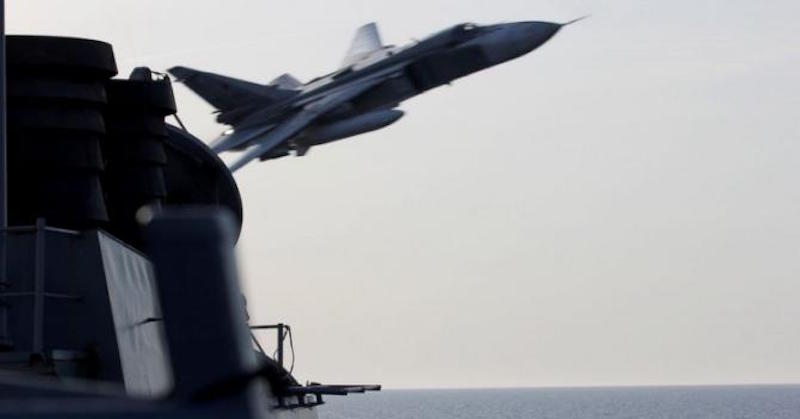 The United States is preparing to “end diplomatic engagement” with Russia and preparing military options over the continued bombing of Aleppo by Russian forces.

Reuters is reporting that the U.S. is expected to tell Russia Thursday that they have officially ended their diplomatic engagement with Syria. U.S. officials have said they’re looking at “tougher” responses to the Russian-backed Syrian government, including “military options.”

The discussions were being held at “staff level,” Reuters reports, and have yet to produce anything concrete to present to President Obama, who has been reluctant to order military action in Syria.

But now that diplomacy seems to have ended, it gives the “green light” for Obama to send US trips into Syria. If that happens, ZeroHedge reports, Vladimir Putin is likely to do the same thing, leading to the biggest military escalation in the proxy war in Syria since the war began almost six years ago.

Even administration advocates of a more muscular U.S. response said on Wednesday that it was not clear what, if anything, the president would do, and that his options “begin at tougher talk,” as one official put it.

One official said that before any action could be taken, Washington would first have “follow through on Kerry’s threat and break off talks with the Russians” on Syria.

But the heavy use of Russian airpower in Syria has compounded U.S. distrust of Russian President Vladimir Putin’s geopolitical intentions, not only in the 5-1/2 year civil war, but also in the Ukraine conflict and in what U.S. officials say are Russian-backed cyber attacks on U.S. political targets.

The U.S. officials said the failure of diplomacy in Syria has left the Obama administration no choice but to consider alternatives, most of which involve some use of force and have been examined before but held in abeyance.

Other options to military troops include allowing America’s Gulf allies to supply the rebels with more sophisticated weaponry and, a U.S.-led airstrike on an Assad-controlled air base, which would cause fewer Russian casualties.

With only four months left in office, Obama is loath to commit to any large-scale commitment of U.S. Troops.

Critics of Obama’s policy in Syria argue that he set a goal – Assad’s departure – without providing sufficient means to achieve it by arming the rebels earlier and more extensively, allowing U.S. allies to do so or using U.S. military might to tip the scales in the conflict.

Further, foreign policy experts inside and outside the administration have said Obama erred when he pulled back from launching air strikes on Syria to enforce a “red line” he set against the Assad government’s use of chemical weapons. The result, they argued, was to diminish U.S. credibility in Moscow, Damascus and elsewhere because the perception took hold that Obama would not keep his word and follow through on his threat.