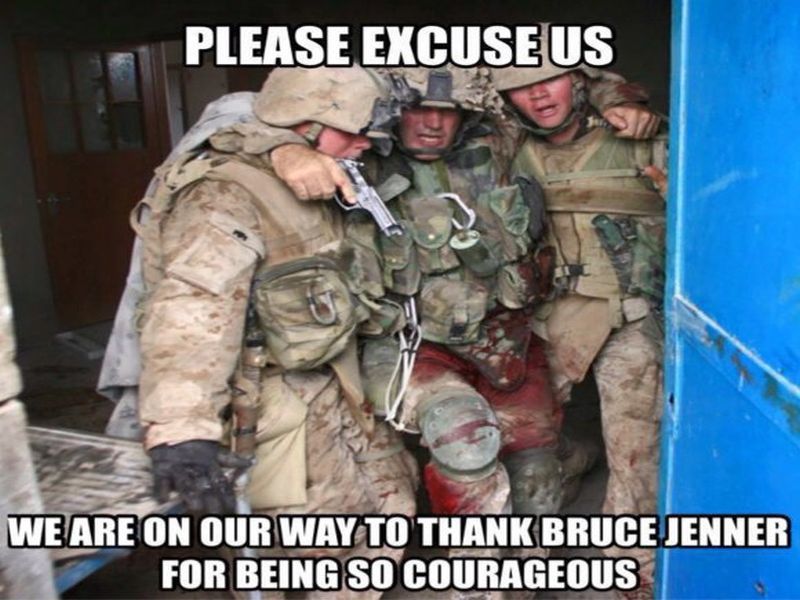 ESPN has decided to give its acclaimed Arthur Ashe Courage Award to Bruce Jenner for “coming out” as a “woman” and changing his name to “Caitlyn Jenner.”

The Ashe Award, which Jenner will be receiving alongside his family at the ESPY award show in July, is one of the most prestigious in sports. According to ESPN, “the recipients reflect the spirit of Arthur Ashe, possessing strength in the face of adversity, courage in the face of peril and the willingness to stand up for their beliefs no matter what the cost.”

I’ll tell you what courage is. It is the courage to not have a sex change operation (which can never be fully done anyway), especially since past instances have shown the procedure often has not brought long-term happiness to the recipients. A Swedish study, which focused on people who underwent such surgery between 1973 and 2003, found that they endured considerably higher risks for mortality, suicidal behavior and psychiatric morbidity than the general population. In that light, I think courage would be Bruce Jenner fighting his fantasies of “being a woman trapped in a man’s body” just as he sacrificed and worked hard to win the gold medal for the men’s decathlon in 1976. It is recognizing that he’s never going to really be female, and he might as well admit it. He can never have children, be pregnant or fully sense those physical traits of a woman. The fact that he went through a major operation to look like a woman, but would not remove his genitals, says it all.

In addition, Johns Hopkins University, the first American medical center to venture into “sex-reassignment surgery” in the 1960s, began a study in the 1970s to compare the outcomes of transgendered people who had the surgery to those who considered it but did not. Although most of the surgically treated patients described themselves as “satisfied” by the results, their subsequent psycho-social adjustments were no better than the control group, so Johns Hopkins stopped doing such surgery.