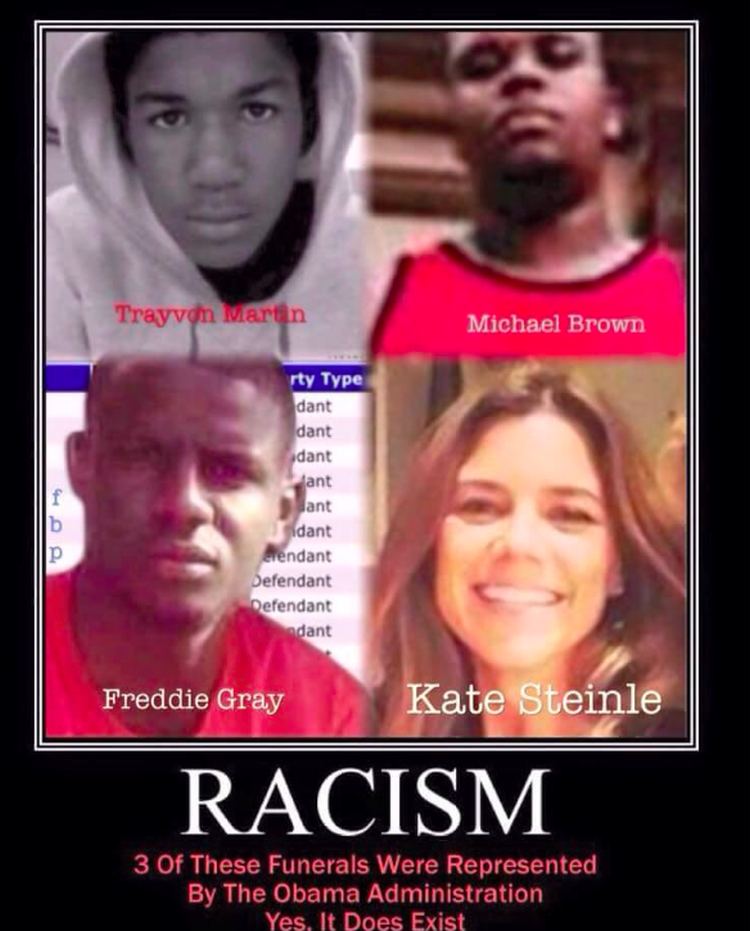 It appears that racism is a real thing, just as the Democrats have been loudly proclaiming, the only problem is it’s racism against whites.

Most of us understand that racism still exists in America (as it does in every country around the globe). Though, the Left and the mainstream media will lead you to believe that it’s solely white-on-minority racism.

Entirely false, and minorities prove that daily as they target white people.

The Obama administration has been arguably the most divisive in history, and the deaths of Trayvon Martin, Michael Brown, Freddie Gray, and Kate Steinle prove that.

For Martin, a black teen who was attempting to cause serious harm to George Zimmerman, the administration sent representatives to his funeral. The same went for Brown (who robbed a corner store and attempted to steal Officer Darren Wilson’s gun in Ferguson, MO) and Freddie Gray, whose death led to millions of dollars in damage thanks to Baltimore rioters and looters.

Though, Steinle, who was murdered by an illegal immigrant in the sanctuary city of San Francisco, gets left behind as if her life didn’t matter.

Fanning the flames: The legacy of Barack Obama.

I wonder how Al Sharpton, Jesse Jackson and the rest of the race-baiting crowd would have reacted if Steinle had been black?