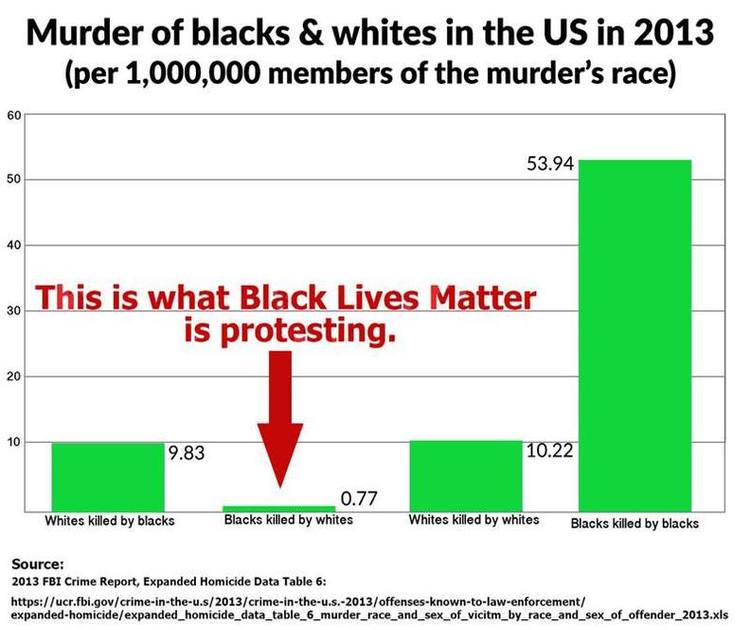 Robert Gehl reports that Alicia Garza has a spectacular idea.

The founder of the Black Lives Matter organization is really unhappy that Black men keep forcing police to shoot them – or, as Garza calls it, murder.

So she has a solution.

Rather than tell black men – all men, all people, for that matter – to listen to the police and stop acting stupid, Garza says the answer is … (I have to prepare you … this is shockingly dumb)

“Ultimately, policing in and of itself is problematic,” Garza says in an interview with Complex. “I know that in this country we give a lot of veneration to police. In the ethos of this country, police can do no wrong. And if and when police do wrong, it’s a case of individual bad apples, as opposed to a corroded and corrupt system… Quite frankly, many of our [Black Lives Matter] members are continuing to investigate what it would mean to have police-free communities. I think what we’ve continued to see over time is that no moral appeal is actually stopping the deaths of black people, whether they be armed or unarmed.”

Of course, this nonsense is not surprising from Garza, who said she’s not really interested in the riots and looting that follows any act by police. It’s all perfectly acceptable.

“The thing that people get so concerned about is how do we stop the violence in Charlotte, but yet we’re not thinking about the fact that there’s been violence in Charlotte since way before whatever is happening there has happened. The brother who was killed is a form of state violence. He was killed and the police will not release the video. The police are not taking accountability for the violence that they enact in our communities and yet there isn’t as much outrage about that as there is about some broken windows and lost property,” she said.

Garza says the way to stop the “violence looting and riots,” is by providing “adequate food” and “adequate housing.” Until we do that, we can expect these violent rioters to act like … well, violent rioters.

So pull all the police out of black communities and let them take care of their own problems? It’s not going to happen, but in this case, I think Alicia Garza has a great idea.