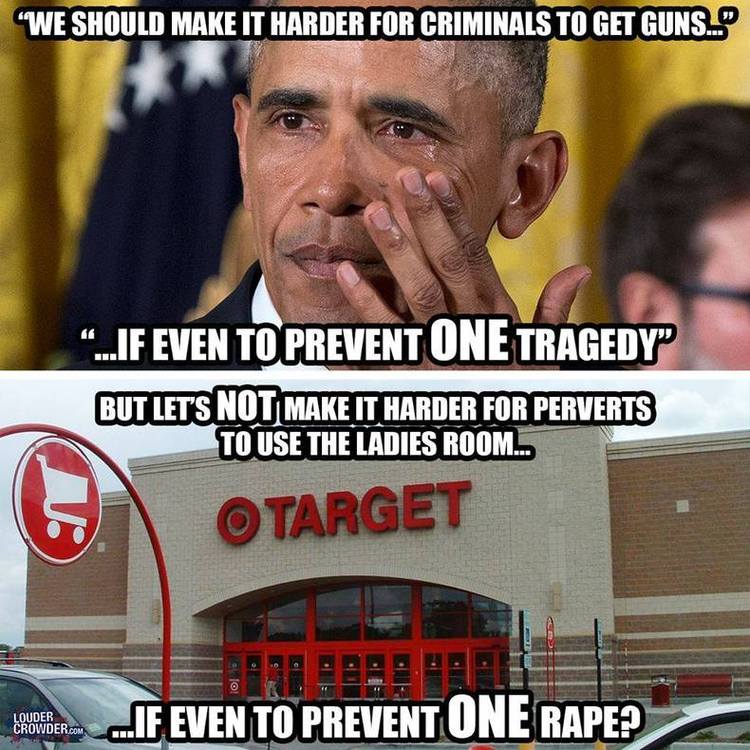 Robert Gehl reports the liberal war against the safety of women and young girls alike reached an entirely new and even more disturbing phase last Friday when a Los Angeles woman claimed that the Target in her neighborhood had removed a stall out of the women’s bathroom to make room for a urinal.

“It’s true,” the woman, Kathleen Crawford, wrote on Facebook, according to a snapshot provided by Young Conservatives. “I’m in the women’s bathroom at a Target north of LA … they actually took out a stall for women in order to accommodate the ones who have giblets.” 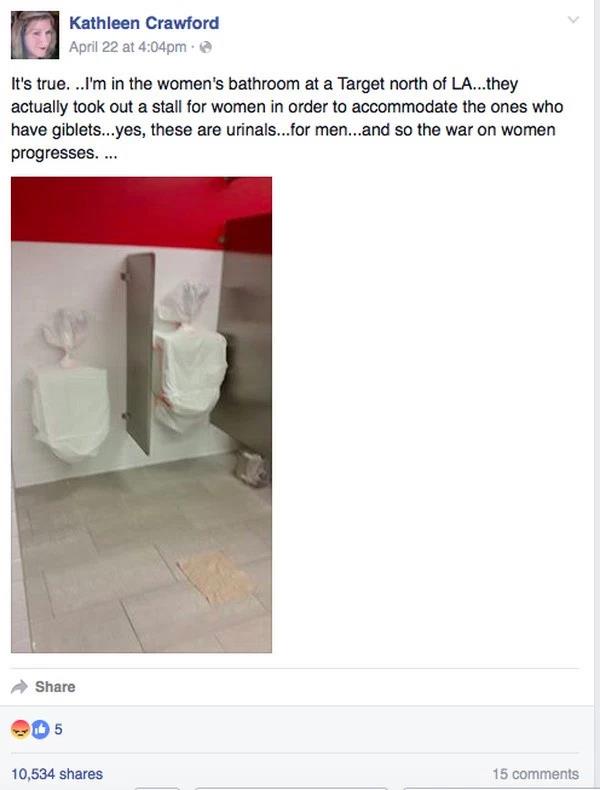 Note that this is just a claim. Moreover, a similar claim about the women’s bathroom at a Pilot Travel Center in North Carolina was debunked earlier this month by Snopes.

Here’s the difference: Unlike Target, Pilot Travel Center has not fallen prey to the transgender propaganda about how men who wear dresses should be allowed to use women’s bathrooms.

It is this notable distinction that makes this particular claim about a Target’s women’s bathroom in LA containing urinals seem a lot more plausible.

Then again, a claim is just a claim, meaning it is unverified. Still, though, given the current trajectory of the nation, it would not surprise me one single bit to discover urinals in the women’s bathroom.

There goes the neighborhood …