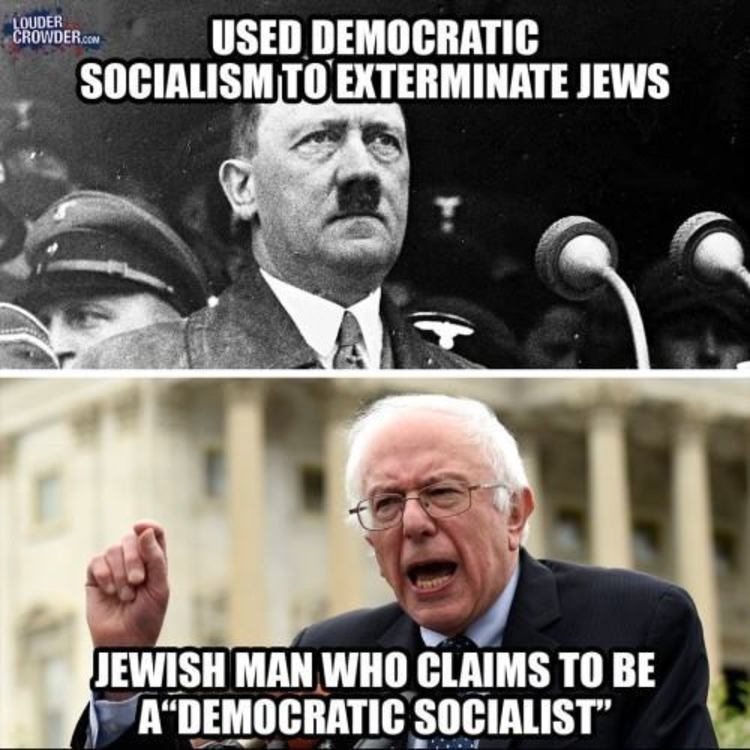 Well, you can imagine how that went down with all of the hardworking, average Americans across the country.

Democratic socialism means that if someone works forty hours a week, that person should not be living in poverty.

@TweetingYarnie @PaulLitvaitis @BernieSanders Show me proof that poverty in America is increasing. Actual proof, not beliefs.

@BernieSanders nope. It means you take $$ from pull that earned it & give it to ppl that didn’t, by threat of govt force #TotalitarianLeft

@BernieSanders It’s Marxist. It will kill the little freedom we have left. He is going to destroy capitalism while catering to layabouts

@BernieSanders all the RTs and Favs prove how low info your supporters are. #FeelTheBern pic.twitter.com/ejTyUC2Iyu

@BernieSanders it means using voting to steal from some to give to others. It means violation of liberty

@BernieSanders than reduce the size of Government and give the States back control that DC has stolen.

While Bernie may be the “it guy” for millennials who have been brainwashed by progressives during their days in public school, there are still plenty of common sense Americans left who realize the stuff Sanders’ is selling doesn’t work.

If the government could solve poverty, it already would have. The truth is, more government means greater poverty and less economic success. It’s been proven to be true.

In other words, no thanks, Bernie. You can keep your socialism.