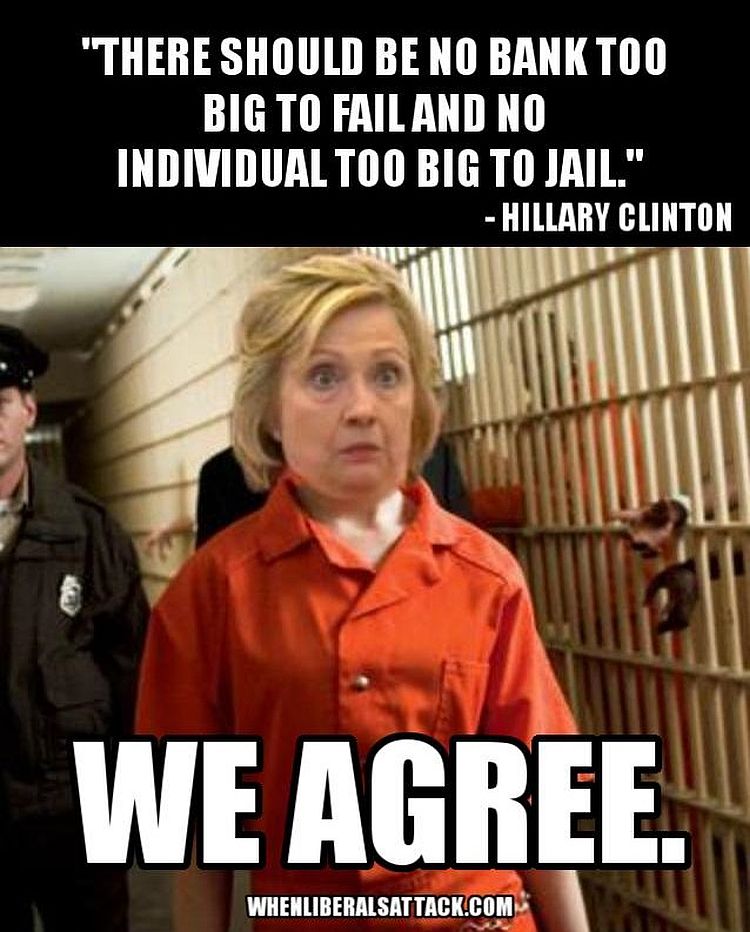 In a not-so-subtle jab at her critics, Hillary Clinton said that “no individual is too powerful to jail,” during Sunday night’s Democratic debate, oddly hearkening back to a criticism of her going back months.

This was during a discussion about Wall Street when Hillary shot back at Bernie Sanders for seeming to criticize Barack Obama: “There’s no daylight on the basic premise that there should be no bank too big to fail, and no individual too powerful to jail,” she said. “We agree on that.”

"There should be no bank too big to fail and no individual too big to jail." —Hillary #DemDebate

Back in October, national security attorney Edward MacMahon Jr., made the same comment about Hillary and her ongoing email FBI probe.

“She’s too big to jail,” he said. MacMahon represented former CIA employee Jeffrey Sterling in 2011 in a leak case that led to an espionage prosecution and 3½-year prison term. He cited a pattern of light punishments for top government officials who have mishandled classified information while lower level whistleblowers such as Sterling have faced harsh prosecutions for revealing sensitive information to expose waste, fraud or abuse in government.

Is this a dare to the FBI and her conservative critics? Kind of a “bring it on” to folks who are pushing for a criminal indictment? Whether or not it is, one thing is for sure – Twitter has already rendered its verdict:

@HillaryClinton That includes you, Hillary.

@HillaryClinton Does this include yourself? #possibleindictment

@HillaryClinton that goes for you also, Hillary you committed a crime when you failed to protect classified information