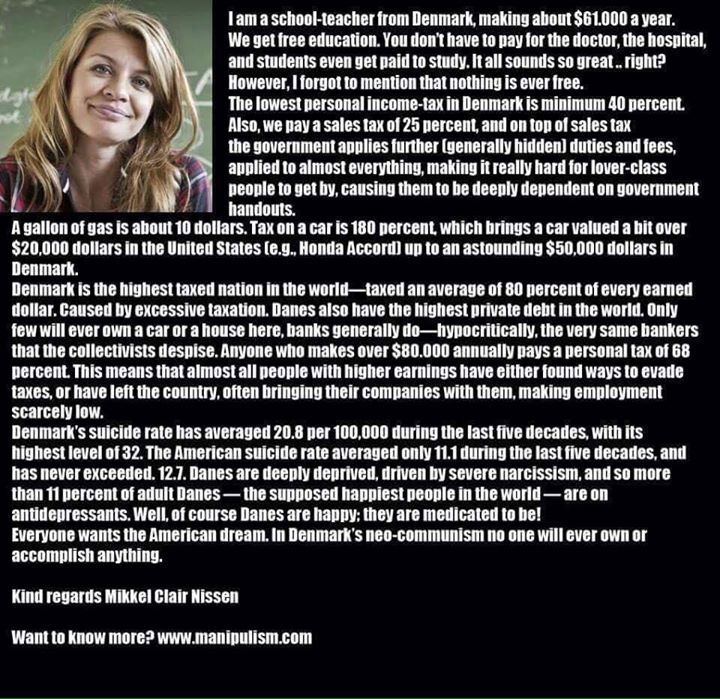 With Bernie Sanders advocating socialism in America, and Hillary Clinton saying she “loves Denmark,” how do the people who actually live under socialism feel about their life?

According to the meme above, socialism in Denmark isn’t going nearly as well as Americans think.

The Blaze reports on how Socialism actually led to the death of millions of people in the 20th century:

In an interview with radio host Vince Coakley, the Kentucky senator said socialism is “alive and well” among the Democratic presidential candidates but warned that it was “no accident” that multiple socialist leaders were responsible for the killings of millions of people.

“When you have a command economy, when everything is dictated from one authority, that’s socialism,” Paul continued. “But it doesn’t come easily to those who resist it.”

Paul also accused his Democratic challengers of “trying to outdo one another in their disdain for the economic system of capitalism that made [the U.S.] great.”