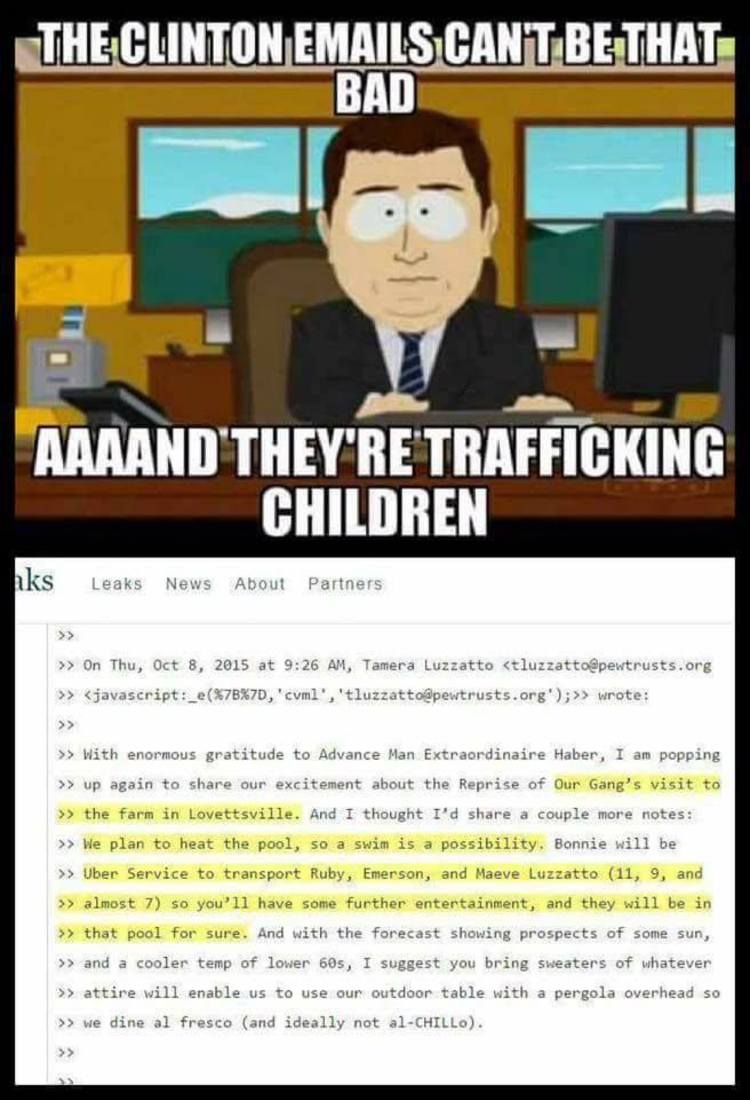 It’s been covered what a hound Bill Clinton was (is?), but what hasn’t been reported is the very distinct possibility that Hillary Clinton may have also been a … participant.

According to a report from the IJR, Hillary Clinton accompanied Bill on his trip to pedophile Jeffrey Epstein’s “sex-slave island.”

It comes from the investigations involving the emails found in Anthony Weiner’s emails. In the interview, the founder of the Blackwater Security firm pivots from the routing questioning to claim that Hillary Clinton accompanied Bill to the “sex island” as many as six times.

This is from Breitbart’s transcription of the FBI interview:

“Because of Weinergate and the sexting scandal, the NYPD started investigating it. Through a subpoena, through a warrant, they searched his laptop, and sure enough, found those 650,000 emails. They found way more stuff than just more information pertaining to the inappropriate sexting the guy was doing,” Prince claimed.

“The amount of garbage that they found in these emails, of criminal activity by Hillary, by her immediate circle, and even by other Democratic members of Congress was so disgusting they gave it to the FBI, and they said, ‘We’re going to go public with this if you don’t reopen the investigation and you don’t do the right thing with timely indictments,’” Prince explained.

Clinton spent much more time on Epstein’s plane to the sex island tan anyone ever thought.

Back in May, Fox News reported that while they thought there were 11 occasions after Clinton left the white house, the actual number is more than double that.

In case you were wondering what type of a stellar fellow Jeffrey Epstein is, here’s a little bit:

Police in Palm Beach, Fla., launched a year-long investigation in 2005 into Epstein after parents of a 14-year-old girl said their daughter was sexually abused by him. Police interviewed dozens of witnesses, confiscated his trash, performed surveillance and searched his Palm Beach mansion, ultimately identifying 20 girls between the ages of 14 and 17 who they said were sexually abused by Epstein.

In 2006, at the request of Palm Beach Police, the FBI launched a federal probe into allegations that Epstein and his personal assistants had “used facilities of interstate commerce to induce girls between the ages of 14 and 17 to engage in illegal sexual activities.”

According to court documents, police investigators found a “clear indication that Epstein’s staff was frequently working to schedule multiple young girls between the ages of 12 and 16 years old literally every day, often two or three times per day.”

One victim, in sworn deposition testimony, said Epstein began sexually assaulting her when she was 13 years old and molested her on more than 50 occasions over the next three years. The girls testified they were lured to Epstein’s home after being promised hundreds of dollars to be his model or masseuse, but when they arrived, he ordered them to take off their clothes and massage his naked body while he masturbated and used sex toys on them.