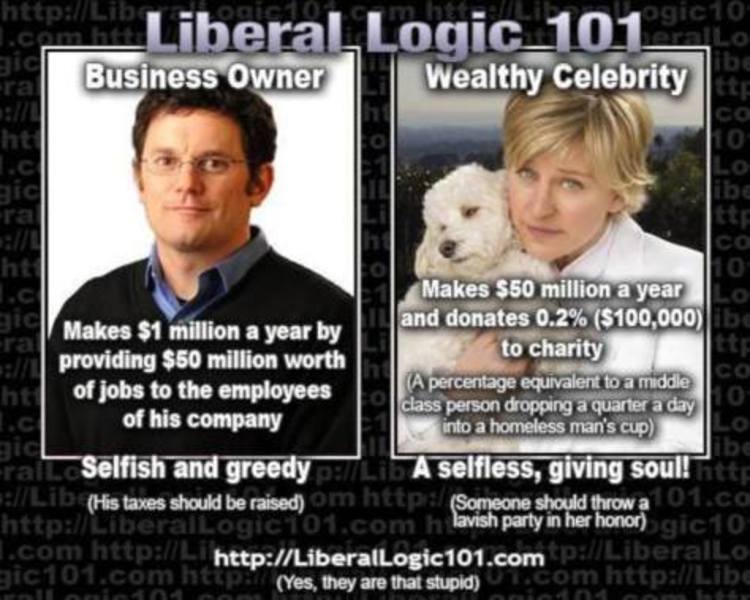 Seth Connell reports President Donald Trump is getting some terrible advice from his top strategist, advice that is devoid of economic literacy and reeking of socialist ignorance.

Steve Bannon, the former senior editor of Breitbart News, thinks that raising taxes on the wealthiest Americans is an absolutely fantastic idea! It’s not like the current top rate of 39.6% is that high, they can pay their fair share… right?

The rigid and unalterable laws of economics tell us that taxes affect a person’s behavior, whether that person is living in extreme poverty or extreme wealth. Higher rates keep the poor where they are, and pull down the wealthier from where they were at.

But it seems that Steve Bannon does not understand that, and is pushing for a tax hike on those taking in over $5 million per year. That’s surely an idea that may resonate with the Left-wing masses, but one that is rooted in economic illiteracy.

The Intercept reports that the rate Bannon wants is 44% for the top marginal tax bracket. The money taken in from those in that bracket would then (allegedly) offset tax cuts for those in lower income brackets.

Axios previously reported that Bannon was looking to raise the top marginal rate to “something with a four in front of it,” but the 44 percent bracket for those making $5 million and above is a more fleshed out proposal. Bannon has described himself as an “economic nationalist” and has pushed a populist agenda both through his previous outlet Breitbart News and and as an adviser to Trump. That contrasts with what Bannon calls the “globalist” wing of the party, made up by people like economic adviser Gary Cohn (though both Cohn and Bannon come from Goldman Sachs).

Surprisingly, the proposal was met with a rather friendly coverage from Breitbart. They noted that the proposal would tend to alienate the more conservative members of the Republican party, but that it may be okay…

Even if the 44 percent rate applied to all income now in the 39.6 percent bracket, the effective tax rate for most taxpayers would fall if the lower brackets are compressed downward as described above.

In other words, even a big rise in the top marginal rate can amount to a tax cut if the rates on the lower brackets are reduced. That might make a higher top rate easier to swallow for some conservatives and Republican lawmakers.

It sounds to me like Breitbart is justifying this for no reason other than the fact that Bannon proposed it. If Barack Obama, Hillary Clinton, Nancy Pelosi, or any other Democratic official proposed this, they would be up in arms.

But since Bannon is pushing it, the tax hike is somehow okay? Folks, this is not a conservative approach to politics.

Traditional conservatism recognizes certain fundamental principles of politics and economics, and those principles are not abandoned when someone on “our team” proposes an idea that runs contrary. A consistent conservative will strongly oppose this idea no matter who makes the proposal.

This idea is foolhardy and rampant with economic illiteracy. “Economic nationalism” does not eliminate or override the laws of economics. Whether taxes are increased in the name of the USA or in the name of Social Justice, the outcome is the same.

As famous economist Henry Hazlitt wrote about the effect of increased personal taxes in Economics in One Lesson:

People begin to ask themselves why they should work six, eight or nine months of the entire year for the government, and only six, four or three months for themselves and their families. If they lose the whole dollar when they lose, but can keep only a fraction of it when they win, they decide that it is foolish to take risks with their capital. In addition, the capital available for risk-taking itself shrinks enormously. It is being taxed away before it can be accumulated. In brief, capital to provide new private jobs is first prevented from coming into existence, and the part that does come into existence is then discouraged from from starting new enterprises.

A tax hike on anyone is a foolhardy idea, and conservatives know better than to support something like that. President Trump has expressed support for such tax hikes in the past, but he must resist the temptation to do so now that he is in office.

In order to offer Americans a legitimate tax cut, and one that will not put us further into debt, lower rates across the board must be put into effect, and loopholes must be closed. Spending must also be cut because the current rate is simply unsustainable.

Bannon’s tax idea must not be allowed to prevail in the Trump White House. Conservatives must demand sound tax policy that is not tainted by a zealous, but misguided attempt to help middle-income Americans.