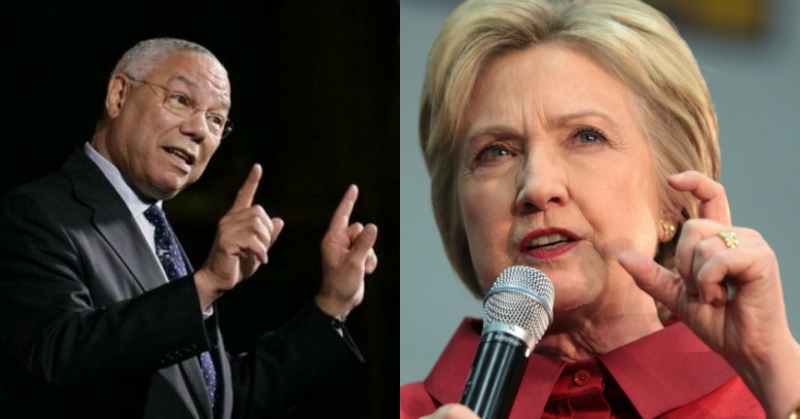 The cutting room floor at the three national network television stations must be getting messy.

They can’t seem to stop cutting, slicing and censoring the news to favor their Hillary.

In the emails, he gives his frank opinion of the two presidential candidates and unlike the major networks – he censors nothing.

The three networks were all too happy to lead their story with Powell’s assessment of Donald Trump as a “national disgrace and an international pariah.” In fact, that was their focus.

It took some time until they got to the part where Colin Powell lays into Hillary Clinton.

What Powell said about Clinton – in full – was: “I would rather not have to vote for her, although she is a friend I respect. A 70-year person with a long track record, unbridled ambition, greedy, not transformational, with a husband still dicking bimbos at home (according to the NYP).” To their credit, CBSNews.com published the whole email. 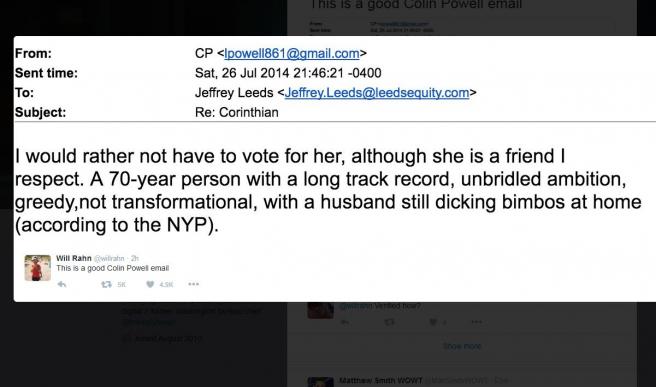 But Powell’s colorful reference to the former president’s dalliances were left on the cutting room floor, NewsBusters is reporting.

In a news brief at the top of the 8 a.m. ET hour, King told viewers: “In a leaked e-mail, he wrote, quote, ‘I would rather not have to vote for her, although she is a friend I respect.’ He calls Hillary Clinton, quote, ‘A 70-year person with a long track record, unbridled ambition, greedy, not transformational…’” A graphic appeared on screen displaying the truncated quote.

The other networks did practically the same thing, by the way.

Nobody is expecting them to repeat the phrase “dicking bimbos” on national television, but to merely replace the line with an ellipsis [ … ] without explaining what the rest of the sentence was – or even referencing it – is tantamount to lying about what Powell said.

Guccifer 2.0 is being blamed for accessing Powell’s emails, which he confirmed has happened. Other emails in Powell’s Gmail account expose the true nature of Hillary’s health, and how he tried to convince Hillary’s staff to try not to use her as a scapegoat for her e-mail problems.