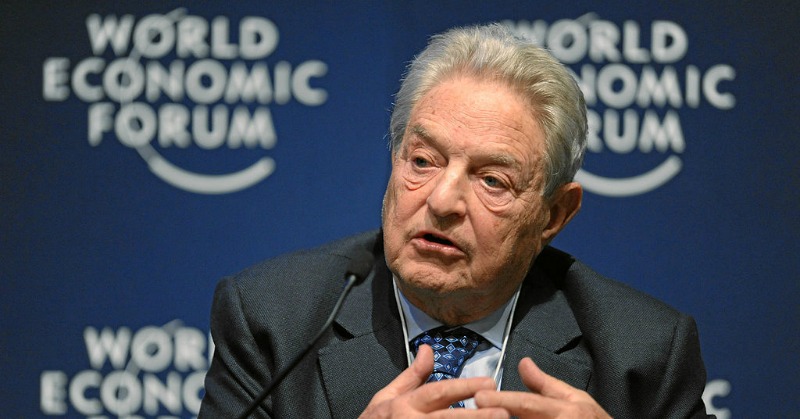 The information keeps pouring out from George Soros’ Open Society Foundation via the release of hacked documents which, as we’ve reported here, reveal that the foundation is funding radical left-wing social movements. This latest revelation shows that Soros’ foundation is attempting to reshape U.S. elections in the left’s favor.

Breitbart notes that redistricting has a major effect on U.S. elections, so the next Census in 2020 will play a big role in how districts are drawn — which is precisely why Soros and his foundation want to play a role.

A section of the memo titled “First grants to be made” lists four specific leftist groups that the foundation wants to target to influence how the 2020 Census is conducted: The National Association of Latino Elected and Appointed Officials (NALEO), the Leadership Conference, Asian Americans Advancing Justice (AAJC), and Demos.

The memo makes it clear what the foundation is attempting to do with the funding — influence how the Census is conducted:

“Advocates have about a year and a half to influence appropriations for the Census Bureau, the redesign of racial categories on the 2020 Census instrument and policy regarding how to count persons who are incarcerated. Census topics must be presented to Congress in April 2017 with final questions by April 2018.”

NALEO’s website outlines their attempts to “educate” policymakers about issues surrounding the 2020 Census — particularly how it applies to Latinos:

NALEO Educational Fund also educates policymakers about the need for sound and cost-effective planning for Census 2020. In addition, we work to strengthen the American Community Survey, which is the source of updated information on a wide range of population and housing characteristics. NALEO Educational Fund also advocates for policies to address the persistent problem of the under-representation of Latinos at all of the levels of the Census Bureau’s workforce, particularly in its senior and management leadership positions.

Demos, a Soros-funded group, advocates for “fair redistricting” and the end of “prison gerrymandering,” which means including incarcerated individuals in the census and the issue of where to list their residence — i.e., where they’re incarcerated.

In a completely unsurprising bit of info, the Washington Examiner reported on a study that showed convicts in three states, New York, New Mexico, and North Carolina, overwhelmingly identify as Democrats. Other states know this to be true as well, which is why Democrat Gov. Terry McAuliffe of Virginia is pushing so hard to make sure felons can vote.

Redistricting is an extremely important issue, and this leaked memo is proof that Soros’ foundation is attempting to influence it in the left’s favor — which would have a major impact on both representation in Congress and the Electoral College for years to come.