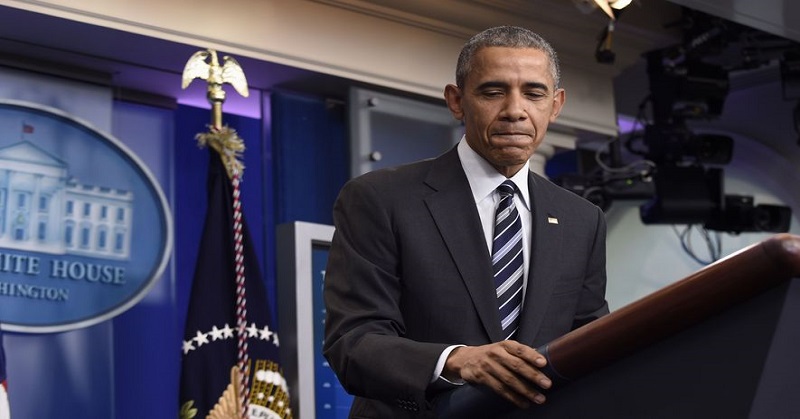 President Obama has mainstreamed the idea that if Congress “fails to act” or refuses  to do what he desired it’s okay for him to work around the law-making branch of government and figure out a way to make law himself.

From executive orders legalizing illegal immigrants to Obamacare, Obama has shown us that he either doesn’t understand the role of the executive branch under our Constitution or he just doesn’t respect its limitations.

In order to prevent the president’s signature health program from collapsing, the Obama administration usurped Congress’s power of the purse by unlawfully spending billions in taxpayer dollars to fund an Affordable Care Act program without congressional approval.

From the Daily Caller:

According to a report released today by House Republicans, the Obama administration has unlawfully spent billions in taxpayer dollars to fund an Affordable Care Act program without the prior prerequisite approval from Congress.

The report is the result of an extensive investigation into Affordable Care Act spending. It reveals that the Obama administration allocated over $7 billion to a cost-sharing reduction program (CSR) without Congressional authority.

“This is stealing from the American people – plain and simple. To date, the Administration has unlawfully spent $7 billion of taxpayer funding on the CSR program,” said Republican Texas Rep. Kevin Brady, chair of the House Ways and Means Committee.

In the absence of congressional authority, the report attempts to prove that the administration violated the Constitution. “The power of the purse lies with Congress… This action is a clear constitutional violation of the most fundamental tenet of appropriations law.”

A federal judge has already reviewed the case and ruled in favor of the GOP; the administration’s decision to funnel money to insurers for CSR, without congressional authority, was illegal. The ruling came out this May after former House speaker John Boehner filed an initial lawsuit on the issue in 2014.
…

While the federal judge already ruled against this payment model, the report concludes that this evidence reveals that the Obama administration knowingly circumvented tenets of the Constitution, so that the health care law could survive in a shaky economic landscape.

The administration has responded by filing an appeal with the U.S. Court of Appeals earlier this week. Some Democrats argue that this is another attempt in 6-year war with the GOP constantly attempting to undermine the ACA.

Move along. Nothing new here. Obama acts illegally, usurping the authority of congress, misleading the public, and demonstrating that no law will prevent his administration from doing whatever they want.

Let’s scheduled another congressional hearing and launch another FBI investigation, to verify that major crimes were “unintentionally” committed.

Nothing will happen and he will do it again.

Seriously, this is getting old.

Lawbreaking is the national pastime in Washington, but only Republicans are held accountable.