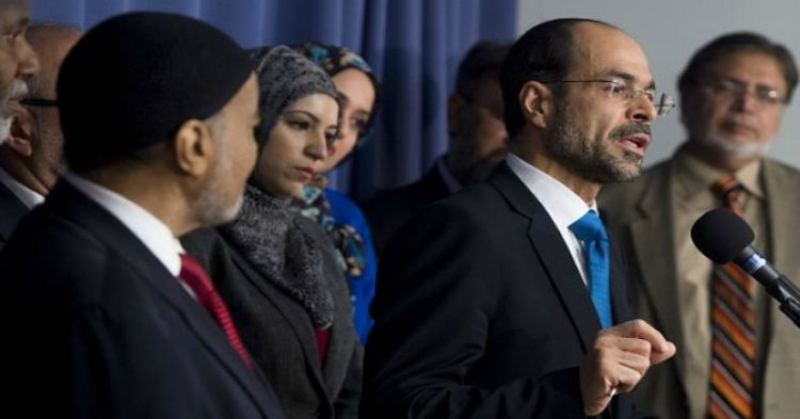 CAIR (Council on American-Islamic Relations) plans to hold a conference on Monday where they will announce a lawsuit against Trump’s “Muslim Ban.”

President Trump signed an executive order demanded increased betting and a temporary halt on immigrants and refugees coming from terror-rich countries in the Middle East. For some reason this upsets the upstanding citizens at CAIR who don’t seem terribly concerned with radical Islamic terror.

“There is no evidence that refugees – the most thoroughly vetted of all people entering our nation – are a threat to national security,” said CAIR National Litigation Director Lena F. Masri, Esq. “This is an order that is based on bigotry, not reality.”

“The courts must do what President Trump will not—ensure that our government refrains from segregating people based on their faith,” said Attorney Gadeir Abbas, Esq., who is co-counsel on the lawsuit.

“Our First Amendment is under attack. We, as attorneys, are foot soldiers of the American Constitution and took an oath to protect all from being targeted by the government because of their faith,” said Attorney Shereef Akeel, Esq., who is also co-counsel on the lawsuit.

I should note that this is not, in fact, an attack on the First Amendment, as President Trump has made no law “respecting an establishment of a religion or prohibiting the free practice thereof.” He’s merely stopping people from coming into America from countries that was to destroy us. Nobody is telling Muslims that the practice of their faith will get them thrown in jail, and I have yet to see anyone come out and say that there is now one national religion and anyone who worships in a way inconsistent with that faith will be punished.

Progressive liberals will the be first to scream about needing to ban guns “for protection” but soon as you turn the spotlight to one of their designated “protected classes,” suddenly safety doesn’t matter so much. Their hypocrisy would be entertaining if it wasn’t so dangerous.