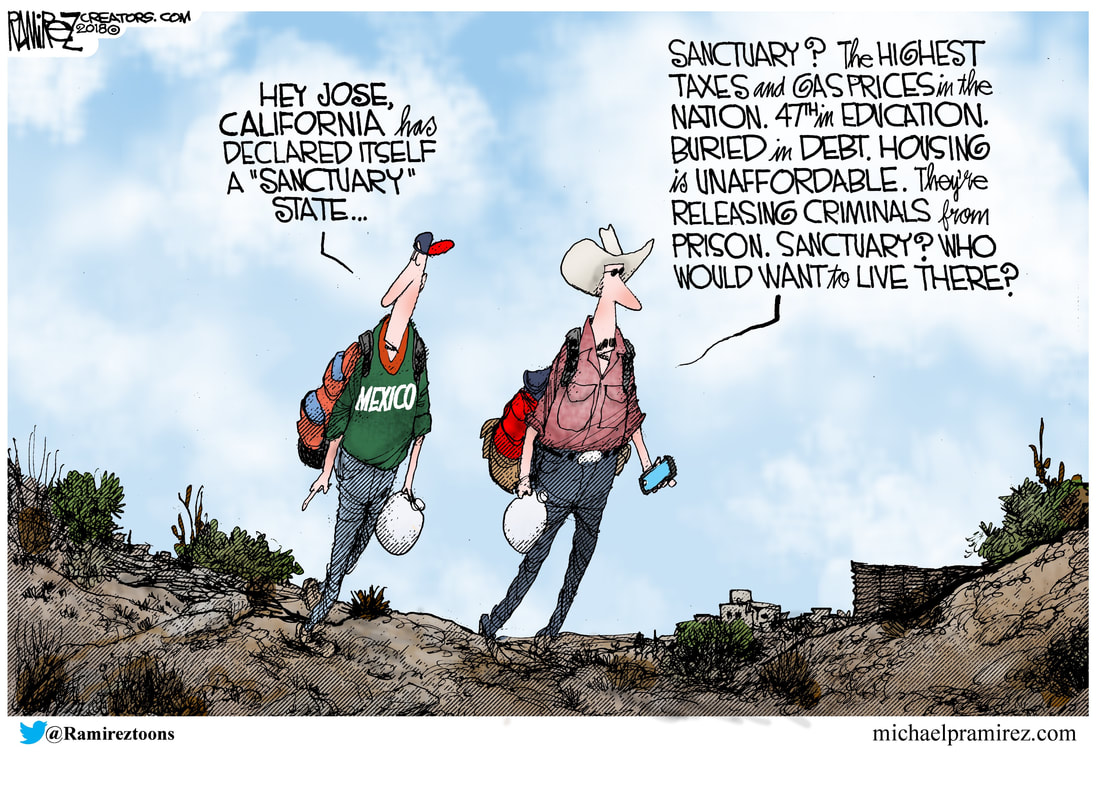 California continues to defy the authority of the federal government, and neither side is backing down.

As a “sanctuary” for illegal aliens, local law enforcement will be banned from asking about a person’s immigration status, and they’ll refuse to cooperate with federal immigration authorities.

California’s designation as a sanctuary state is a clear act of defiance against federal laws. The Hill calls the move “an act of rebellion,” and it’s the latest step California has taken to sever itself from the United States at large:

Make no mistake, word of this law will spread quickly in the illegal alien community and make California the nation’s most popular destination for illegal aliens. The result is likely to be an even larger influx of illegal aliens. Among that population will be those who will commit violent crimes. That means more Californians will meet the same fate as Kate Steinle and Jamiel Shaw II: killed by an illegal alien who was drawn to their communities by sanctuary policies.

Despite those risks, Brown proudly signed the bill last year. He also left a supporting note extolling the virtues of the law.

“In enshrining these new protections, it is important to note what the bill does not do,” Brown wrote. “This bill does not prevent or prohibit Immigration and Customs Enforcement or the Department of Homeland Security from doing their own work in any way … nor does it prevent cooperation in deportation proceedings for anyone in state prison or for those in local jails.”

ICE has promised to double the number of agents in California, and the Department of Justice is working out a plan to withhold federal money from sanctuary cities. In this case, it may be an entire state that sees a lack of federal financing.

As immigrants who’ve shirked the legal process flock to California, and the repercussions from their act of defiance begin, the state’s future hangs in the balance.

Could this end in secession? 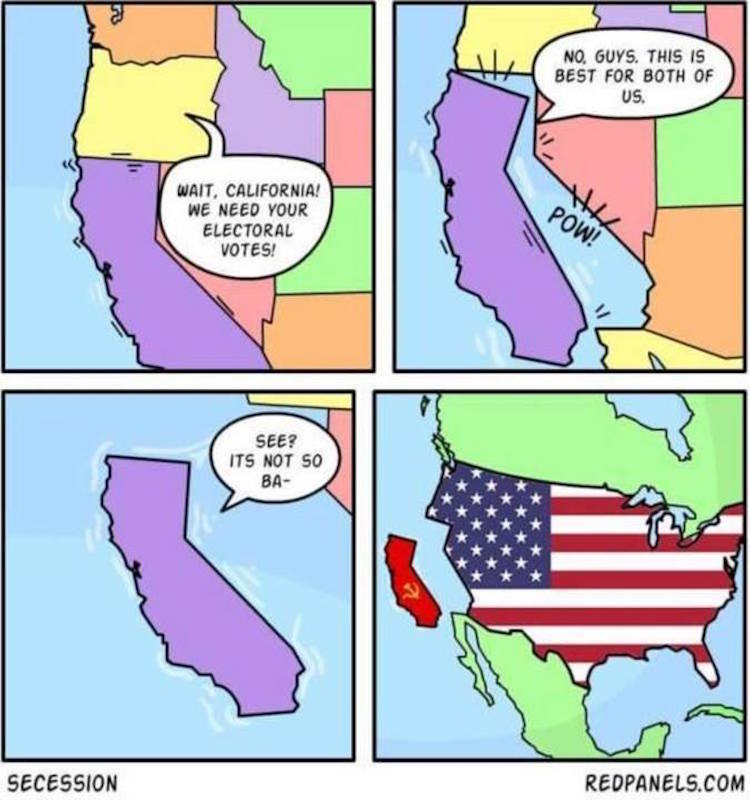 The Trump administration is responding aggressively. Acting ICE Director Thomas Homan has vowed to flood California with federal agents, and even suggested that California elected officials be held legally responsible for crimes committed as a result of SB 54. The Department of Justice continues to strategize after a Chicago federal judge ruled last year against the department’s efforts to withhold federal money to sanctuary cities.

The immediate result of SB 54 is a growing state of hostility between California and the federal government. Today in the state there is a quixotic but ambitious movement to have California secede from the union. By committing a brazen act of defiance against federal law, California’s elected leaders have declared that e pluribus unum no longer applies on the left coast.

What we’re seeing now in California is a state’s refusal to recognize the authority of the federal government.

In our nation’s history, we’ve seen that happen before. So what happens now?