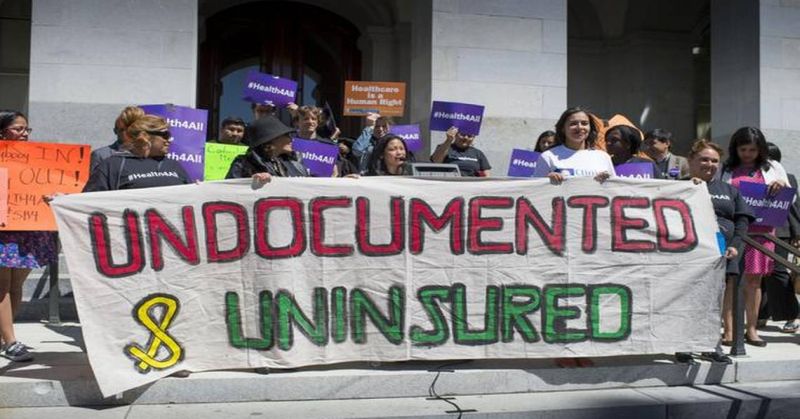 While the Trump administration discusses plans to repeal and replace Obamacare, California has introduced “The Healthy California Act,” which would institute socialized healthcare covering all undocumented residents of California, including illegal immigrants.

In a surprise move made in response to President Donald Trump’s push to repeal and replace the Affordable Care Act, two California lawmakers Friday introduced legislation to replace private medical insurance with a government health care system covering all 38 million Californians — including its undocumented residents.

“We’ve reached this pivotal moment and I thought to myself: ‘Look, now more than ever is the time to talk about universal health care,’” one of Senate Bill 562’s authors, Sen. Ricardo Lara, D-Bell Gardens, said in an interview Friday.

The Healthy California Act, co-authored by Sen. Toni Atkins, D-San Diego, was submitted just before the deadline for new legislation. It doesn’t yet offer many specifics other than the lawmakers’ intent: to create a so-called single-payer system that would pay for coverage for everyone.

People who’ve shirked this country’s legal immigration process to sneak across the border and remain undocumented are apparently in need of taxpayer funded universal healthcare, according to Californian lawmakers.

This is at a time when California needs to be careful about how tax money is spent.

After a week that has brought California’s crumbling infrastructure into focus—as back to back storms threatened the nation’s tallest dam in Oroville, California, and forced Gov. Brown to request Federal Emergency Funds from President Trump— Brown and Democrat legislators have come under scathing criticism for squandering money on benefits for illegal aliens and public sector unions at the expense of critically-needed infrastructure.

Only California Democrats would launch a new social program with no specific details or any identifiable funding source in a state that is perpetually broke, and where ObamaCare is unpopular with over 46% of voters—including a lot of Democrats.

Be sure to let us know what you think of all this, and sound off in to comments below.