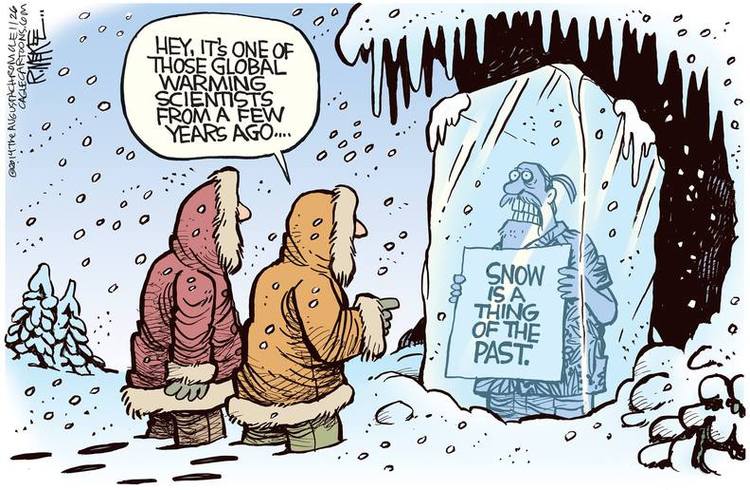 For decades, former Vice-President under Bill Clinton – Al Gore – has made himself a very rich man by peddling a “Climate Change/Global Warming” scam that millions have bought into world-wide.

Gore won both a Nobel Peace Prize and an Academy Award for his nonsense from gullible pseudo-intellectuals.

But, the real truth is that next to none of Gore’s dire predictions have come to pass – making him the chief “false prophet” of our age.

Investors Business Daily has more “inconvenient truths ” Gore would rather not have the public know:

Fraud: Ten years ago Monday, Al Gore said we had only a decade left to save the planet from global warming. But Earth has been doing just fine. Why do we listen to this man?

While preening at the Sundance Film Festival in January 2006 during the premiere of his “An Inconvenient Truth” fib-umentary, Gore made his grand declaration. The former vice president said, in the words of the AP reporter taking down his story, that “unless drastic measures to reduce greenhouse gases are taken within the next 10 years, the world will reach a point of no return.” In Gore’s own words, he claimed we were in “a true planetary emergency.”

Ten years later, he’s probably hoping that everyone has forgotten about his categorical statement.

The terrible truth for Gore is that there is no planetary emergency. Not one of the dire predictions he and the rest of the alarmist community made has come to pass. In fact, there is plenty of evidence that they have been running a racket.

One, Earth hasn’t warmed in nearly 20 years. Yes, 2015 supposedly “smashed” the previous temperature record. But actually it was the third-warmest year on record — or maybe “not even close to the hottest year on record,” says James Taylor of the Heartland Institute.

Two, predictions that climate change — the rebranding of “global warming” when it turned out that predicted warming wasn’t happening — would cause catastrophic weather damage haven’t panned out.

German insurance giant Munich Re says losses from natural disasters were lower in 2015 than in 2014 and lowest since 2009. The facts are sharply at odds with Gore’s 2012 claim that “dirty weather” caused by “dirty fossil fuel” has created “extreme weather” that “is happening all over the world with increasing frequency.”

Three, despite all the self-congratulatory international conferences and pseudo-agreements, the world has done nothing to “fight global warming.”

He cannot claim that his deadline has been extended because some governments have forced their citizens to cut carbon dioxide emissions. CO2 levels keep climbing and now exceed 401 parts per million in the atmosphere. It is simply not the dangerous greenhouse gas we’ve repeatedly been told it is.

Four, in the mid- to late-2000s, Gore repeatedly predicted that an ice-free Arctic Ocean was coming soon. But as usual, his fortune-telling was wrong. By 2014, Arctic ice had grown thicker and covered a greater area than it did when he made his prediction.

Five, Gore’s movie, which somehow won an Oscar, was found by a British judge to contain nine errors. The judge said it could not be shown to students unless it included a notice pointing out the errors.

Maybe Gore is laughing all the way to the bank.  He has become a multi-millionaire simply by persuading the gullible to believe his lies.

Of course, Al has learned from the master how to do that.  After 8 years of being with Bill (“I did not have sex with that woman, Ms. Lewinsky.”) Clinton, he has perfected the art.

As for the rest of us, we all experience “climate change” – it’s called “weather”!  This is true despite the fact that some Democrat, “shining jewel of colossal ignorance” insists that climate and weather are not the same thing.

He must be a Gore cult member.