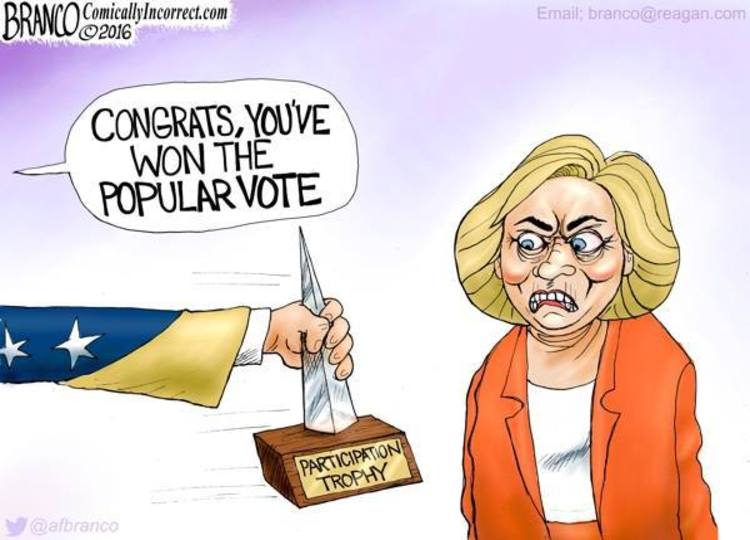 Robert Gehl reports that again, the most vocal critics of “fake news” turn out to be its biggest disseminators.

On Thursday, Yahoo News published a piece by reporter Chris Riotta. Titled “Hillary Clinton Gets More Votes Than Any Candidate Ever,” it was total nonsense.

In other words, it was Fake News.

Yahoo pulled their story after it was clear how incredibly fake it really was. But that didn’t stop other media from picking it up an running with it.

“The Grio” a site dedicated to “African American news and opinion” has the story in all its factually incorrect glory:

As the votes from the election keep coming in and the process of hand-counting ballots starts in several states, Hillary Clinton is not only widening her lead in the popular vote but also gaining more votes than any candidate in history.

Former Secretary of State Hillary Clinton has garnered at least 65,527,625 votes in the 2016 presidential election, the most any presidential candidate has ever received and over 2.6 million more than the president-elect, who has received at least 62,851,436 votes, according to figures released Wednesday by The Cook Report, a nonpartisan election analysis organization. Clinton now has a margin of more than two percent of the popular vote majority than Trump, as states like Florida and California continue to submit ballots from primarily Democratic-held regions like Miami and Los Angeles.

Of course, this is false. In 2008, Barack Obama got 69.5 million votes. In fact, Hillary’s vote total doesn’t even beat Obama’s 2012 total of 65.9 million votes. This isn’t secret information. It takes about 20 seconds to find this out on Google.

Yahoo News has since taken the piece down (but it still echoes on other sites, as I showed above). They didn’t issue a retraction and International Business Times reporter Riotta has been silent about it on Twitter.

The only thing he did was post an article he ran for his paper. It’s a mirror image of the same faulty article, but corrected – somewhat. That lead paragraph now reads:

As Donald Trump selects cabinet members and prepares to take over the White House after a shocking win on Election Day, his former presidential opponent has seen the number of votes cast for her increasing by the millions across the country.

“Increasing by the millions”? That’s a dubious statement, since we’ve known since the day after the election that Hillary won the popular vote by more than 2 million votes.

This kind of hypocritical nonsense is exactly why the media needs a good scrubbing. Perhaps America is ready for a new beginning.