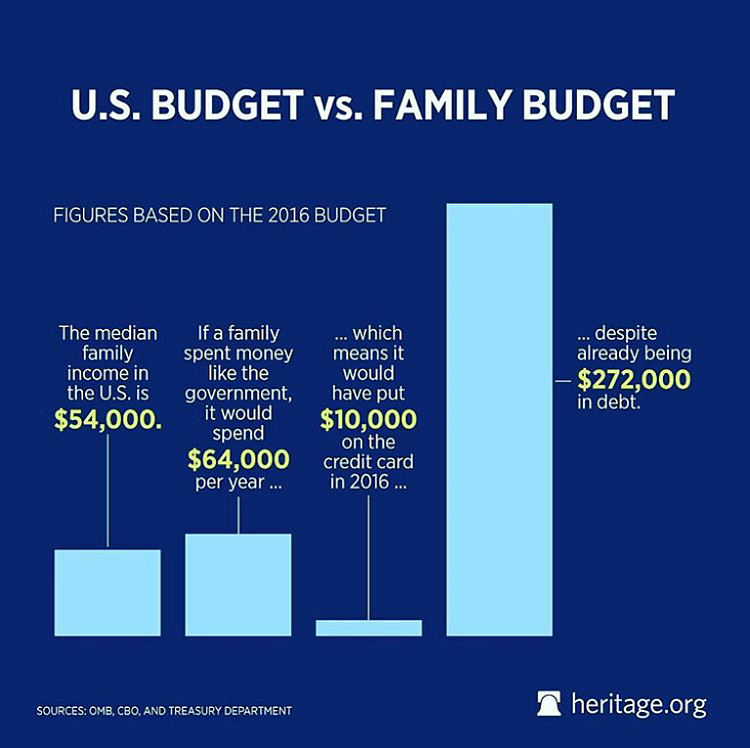 Robert Gehl reports that this summer, Congress is going to raise the debt ceiling – again.

It’s more of a fact than a prediction, as the nation’s cash reserves slowly dwindle down to zero.

The Fed has reached the end of their financial jiggling and are bumping up against the $19.69 trillion debt ceiling. According to ZeroHedge, the current federal debt stood at $19.22 trillion last September and we are burning through cash at a rate of $3.2 billion per day.

There are few options. Congress could slash federal spending to almost zero, but the entitlements alone will force the debt ceiling to go up.

This is a very different world from when President Reagan asked for an increase in the debt ceiling. At The Daily Reckoning, David Stockman writes:

Back in October 1981, however, the Gipper was in the Oval Office at the peak of his popularity. He got the debt ceiling over the symbolic barrier at that time because he could still credibly promise that the budget would be balanced within three years. That was after his already enacted tax cuts became fully effective and the already enacted spending reductions took hold.

The nation’s balance sheet then was relatively pristine compared to what it is at present. Even at $1 trillion, the public debt amounted to just 30%of GDP — a far cry from the 106% ratio presently. 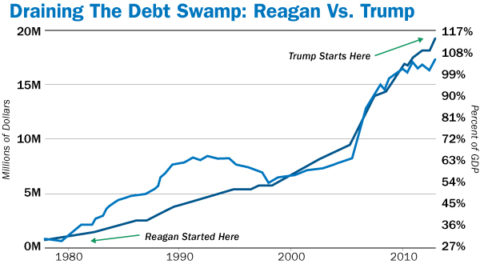 Before Capitol Hill gets bogged down in a sweaty August slog desperately looking for votes to raise the debt ceiling by several trillion dollars, it will have mid-year budget updates. They won’t be encouraging.

As my colleague Lee Adler has pointed out, Treasury tax collections have slowed to a crawl. Overall collections are barely even with prior year, and even withholding payments are now coming in at barely 2% on a year/year basis. That is far below the built-in spending growth rate of about 4% — and says nothing to the big increases for defense, law enforcement, border control and infrastructure being sought be the Trump White House.

The four week moving average of withholding collections — about as accurate a real time measure of the US economy as exists — is running below the average wage rate gain of about 2.6% per annum. That means real wage growth is turning negative — not accelerating like the “escape velocity” narrative being peddled by Wall Street.

Unlike in the early 1980s, when President Reagan promised there was “light at the end of the tunnel” and projected balanced budgets, the light this time is a train. There are no balanced budget projections. This time, there is only increasing, insurmountable debt.

We’re just making the train speed up with every day that we do nothing.