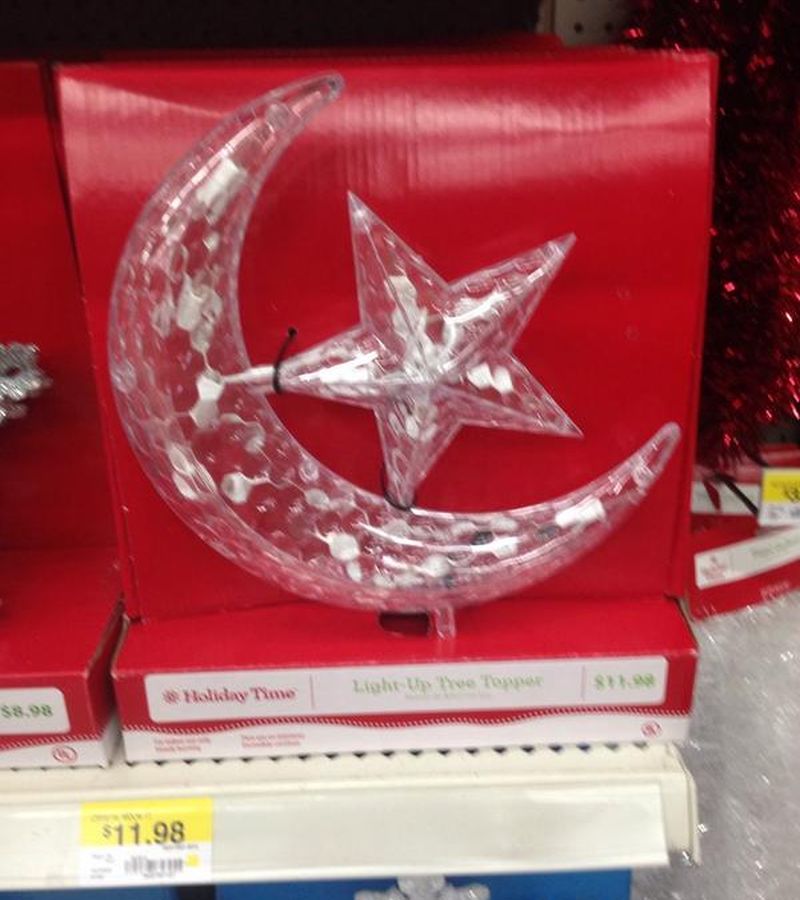 This has got to be one of the strangest attempts at political correctness I have seen in a while. Does anyone at Walmart know Muslims don’t buy Christmas trees or celebrate the holiday?

Last weekend, my wife and I determined it was time to get a new tree topper for our Christmas tree. For years, we had an angel tree topper, but we wanted to change things up with a star this year.

So, we braved the post-Black Friday rush to check out the options available at some of our local retailers.

We eventually wound up at a Walmart store. Wandering through the Christmas décor section, we found the products we wanted to shop, as well as one we really never imagined we would see – ever.

Nestled among the stars, angels, Santas, and those pointy things (does anyone know what those things are even called?), I found a crescent moon with a star. Not a happy, smiling, man-in-the-moon crescent moon … no, this was a crescent-and-star ornament that could only symbolize one religion: Islam. […]

O you who have believed, do not take the Jews and the Christians as allies. They are [in fact] allies of one another. And whoever is an ally to them among you – then indeed, he is [one] of them. Indeed, Allah guides not the wrongdoing people.

What do you think of this “Christmas” decoration?