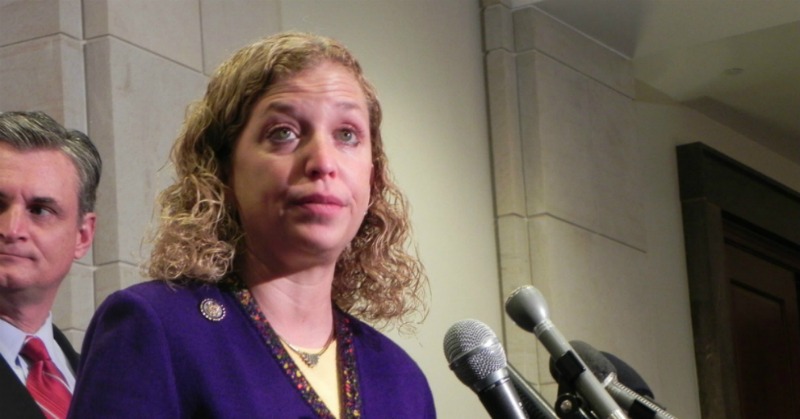 The Democrats are in another pickle that has to do with technology after shady congressional aides have been caught taking $100,000 from an Iraqi politician; all while they still had administrator level access to the House computer network, according to The Daily Caller News Foundation’s Investigative Group which analyzed court documents.

The money was a loan from Dr. Ali al-Attar, an Iraqi political figure, and was funneled through a company with “impossible”-to-decipher financial transactions that the congressional information technology (IT) staffers controlled.

Imran Awan, ringleader of the group that includes his brothers Abid and Jamal, has provided IT services since 2005 for Florida Democrat Rep. Debbie Wasserman Schultz, the former Democratic National Committee (DNC) chairwoman. The brothers are from Pakistan.

The trio also worked for dozens of other House Democrats, including members of the intelligence, foreign affairs and homeland security committees. Those positions likely gave them access to congressional emails and other sensitive documents.

The brothers, whose access to House IT networks has been terminated, are under criminal investigation by the U.S. Capitol Police.

Investigators found that congressional information was being copied to an off-site server and they suspect the brothers of improperly accessing information and stealing congressional property. Chiefs of staff for the employing Democrats were notified Feb. 2.

This newest scandal comes on the heels of the Democrat National Committee hack in 2016 that resulted in then Chairwoman Debbie Wasserman Scultz resigning from her post.

While Schultz’ team didn’t respond to TheDCNF’s questions about Imran’s employment status, as of Feb. 6, Schultz, who serves as a U.S. Representative from Florida, declined to fire Imran.

TheDCNF further dug into the sordid financial situation that involved a family car dealership, bankruptcy, the Iraqi loan and questionable six-figure congressional salaries paid to family members of the aforementioned IT group in question.

According to TheDCNF, Abbas’ access to congressional email was shut down in early February which occurred about the same time as the reveal from the Capitol Police about the scandal/scheme regarding a network of IT aides. In addition, the Awans’ access was taken away.

This seems to be a pretty significant scandal yet the liberal mainstream media is not too interested, which serves as yet another example of why President Trump was right to call them out as “fake news.”