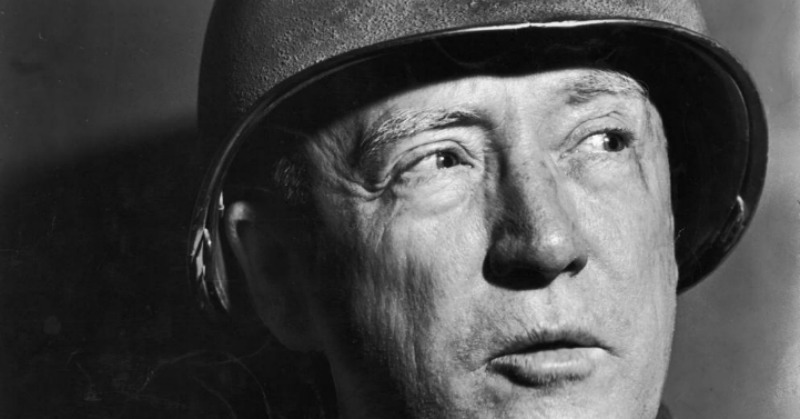 Gen. George Patton sent a Christmas card to his troops during World War II that has to be one of the best ever, particularly considering the fact that the prayer to God Patton had commissioned was answered in epic fashion the very next day — and even bigger thereafter.

During the holiday season of 1944, Gen. Patton’s Third Army was bogged down in their advance against the Germans. According to WND, Patton was bogged down as he was trying to reach Bastogne, a town in southern Belgium that held by 15,000 American troops but encircled by over 50,000 Nazi soldiers bearing down on it.

Unfortunately, due to the weather, Gen. Patton didn’t have the air cover he needed to relieve the 15,000 brave American troops holding off the Germans.

That’s when he decided to rely on the power of prayer.

Patton had Chaplain Fr. James O’Neill compose a card to be distributed to each one of the 250,000 troops under his command in the Third Army, and had all of the men pray this simple prayer: 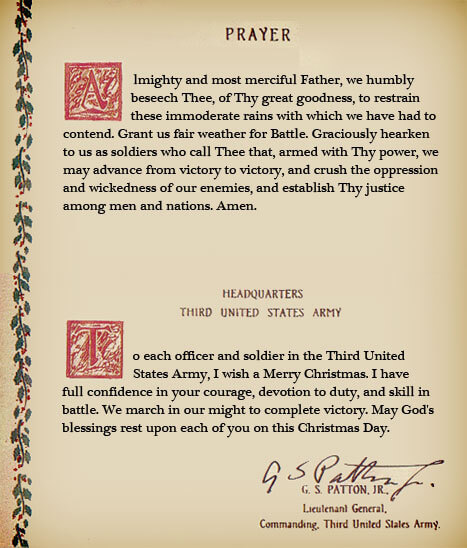 Almighty and most merciful Father, we humbly beseech Thee, of Thy great goodness, to restrain these immoderate rains with which we have had to contend.

Grant us fair weather for Battle. Graciously hearken to us as soldiers who call Thee that, armed with Thy power, we may advance from victory to victory, and crush the oppression and wickedness of our enemies, and establish Thy justice among men and nations. Amen.

On the other side of the card, Patton wrote: “To each officer and soldier in the Third United States Army, I wish a Merry Christmas. I have full confidence in your courage, devotion to duty, and skill in battle. We march in our might to complete victory. May God’s blessings rest upon each of you on this Christmas Day. – G.S. Patton, Jr., Lt. Gen. Commanding, Third United States Army.”

As Conservative Tribune reported, the weather did in fact clear the very next day, and the rest of the prayer was also answered as the U.S. went on to win the war, just as Patton asked God to help them do in the prayer.

What an incredible testament to the power of prayer, especially as we are so close to celebrating the birth of Christ.

Although prayer doesn’t always mean that we will get the answer we hope for, it is pretty extraordinary to see a prayer like this answered in such extraordinary fashion.

I once heard someone say that all prayers are answered, it’s just that sometimes the answer is no or something different from what you had asked because God knows better than we do what we need.

What an incredible Christmas card and a reminder of the power of prayer and the incredible things that can happen when we put our faith in God.

God bless you all and I hope you have a Merry Christmas!