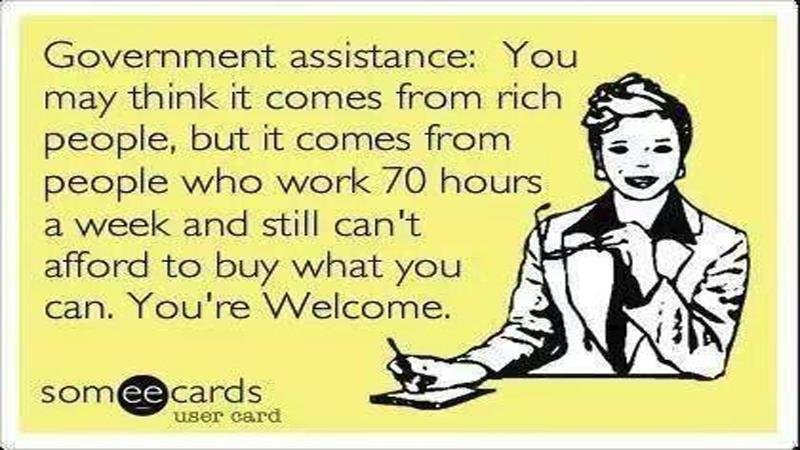 Lewiston Mayor Robert Macdonald deserves a round of applause, ladies and gentlemen, because he just unveiled a brilliant idea that could conceivably wind up reducing welfare abuse in Maine and making the entitlement system a whole lot more accountable.

In an op-ed he penned for the Twin City Times, Mayor Macdonald explained that he wants to set up a website that would contain “the names, addresses, length of time on assistance and the benefits being collected by every individual on the dole.”

“After all,” Macdonald wrote, “the public has a right to know how its money is being spent.”

Exactly! We Americans who pay the taxes that fund welfare deserve to know who is spending our money and how they are spending it.

Liberals of course disagree. Take for instance a liberal woman named Linda, who wrote in the comments section of Macdonald’s post that we should “publish the names & addresses of all the CEOs that are collecting corporate welfare instead.”

For whatever reason, liberals like Linda often make a false equivalency between welfare and so-called “corporate welfare.”

The latter term refers to wealthy business owners and job creators being allowed to pay lower tax rates on the money that they earned. Real welfare, on the other hand, is money that the recipient never earned and is receiving only because of the federal or state government’s generosity.

Put in another way, real welfare recipients do absolutely nothing and pay nothing into the system, whereas so-called “corporate welfare” recipients create jobs, businesses and wealth.

We for one believe that real welfare recipients need to be held accountable, and we imagine with great confidence that the vast majority of the everyday, hard-working Americans reading this agree!