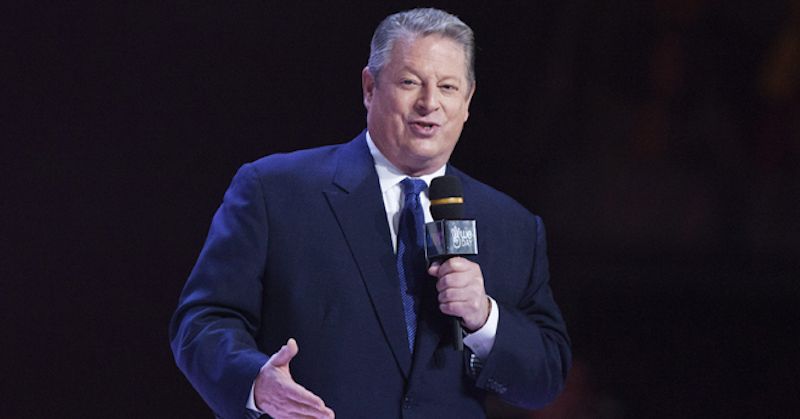 As Democratic presidential nominee Hillary Clinton experiences a rather bumpy portion of the campaign trail, another hazard impeding her hopes of the White House grows as November nears.

Besides the numerous scandals–ranging from the mismanagement of charitable donations to confidential State Department e-mails–and questions concerning her physical capacity to handle the demands of the presidency, the greatest threat to Hillary Clinton’s success might be third-party candidates tempting dissatisfied Republicans to vote their way instead of heading for the Hillz.

But Clinton fans (if you’re still out there), have no fear! The Hillary Clinton campaign has tapped a resource well versed in failure–especially with combating third-party candidates.

As reported by The New York Times, Clinton’s people decided to enroll Al Gore’s help to get out of this debacle.

I know, I’m as confused as you are. Yesterday, the Times reported:

Her staff has had conversations with aides to Mr. Gore about bringing him onto the campaign trail to emphasize the importance of supporting Mrs. Clinton if they want to make progress on combating climate change.

“I can assure you from personal experience that every vote counts,” Mr. Gore wrote in an email to The New York Times on Thursday, after a new CBS/New York Times poll showed Mrs. Clinton and Mr. Trump virtually tied. “The stakes are high for so many Americans. So I will vote for Hillary Clinton and I strongly encourage others to vote for her as well…

…“You’re going to end up with Nader electing Bush again if they vote that way,” warned Mr. Daley, who was the campaign chairman for Mr. Gore in 2000 when he lost Florida, and the presidency, in part because liberals supported Mr. Nader, the Green Party nominee that year.

Some Clinton supporters expressed frustration that an interview Mr. Gore gave last month to a liberal website warning about the perils of straying from the major party candidates did not draw more attention.

“I would also urge them to look carefully, as I know they have, at the consequences of going in another direction for the third or fourth alternative,” Mr. Gore told ThinkProgress.

Gore couldn’t even convince his own home state of Tennessee to vote for him in the 2000 presidential election–nor could he combat third-party candidate Ralph Nader from swinging states in George H.W. Bush’s favor.

If Gore couldn’t sell himself, how will he sell Hillary?

It has become rather clear in recent weeks that the Hillary Clinton campaign is worried, desperate, and willing to bring anyone into the campaign to help to win.

It’s just too bad that the most recent recruits don’t know how to win.