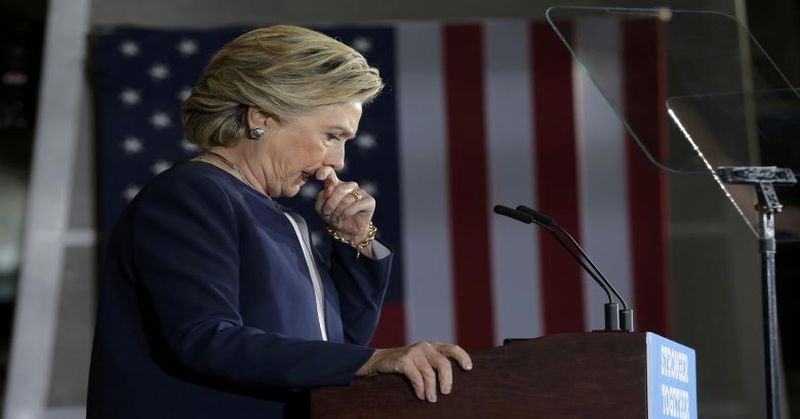 The Clinton Foundation has confirmed that, while Hillary Clinton was Secretary of State, it accepted a $1 million 2011 gift from Qatar without informing the State Department.

That means she broke her promise to reveal new and significant foreign support for the Foundation.

According to an email from a foundation official to Clinton campaign chairman, John Podesta, which was published by WikiLeaks last month, Qatari officials pledged the money in 2011, and sought to meet Bill Clinton in person the following year to present him with the check.

Clinton signed an ethics agreement governing her family’s globe-straddling foundation in order to become secretary of state in 2009. The agreement was designed to increase transparency to avoid appearances that U.S. foreign policy could be swayed by wealthy donors.

If a new foreign government wished to donate or if an existing foreign-government donor, such as Qatar, wanted to “increase materially” its support of ongoing programs, Clinton promised that the State Department’s ethics official would be notified and given a chance to raise any concerns.

Clinton Foundation officials last month declined to confirm the Qatar donation. In response to additional questions, a foundation spokesman, Brian Cookstra, this week said that it accepted the $1 million gift from Qatar, but this did not amount to a “material increase” in the Gulf country’s support for the charity. Cookstra declined to say whether Qatari officials received their requested meeting with Bill Clinton.

The foundation’s website credits Qatar with between 1 and 5 million dollars in donations.  The foundation also claims it will make big changes should Clinton be elected president.

It seems the Clinton Foundation believes that making promises is still something they can do, in spite of again and again proving that their word means nothing.