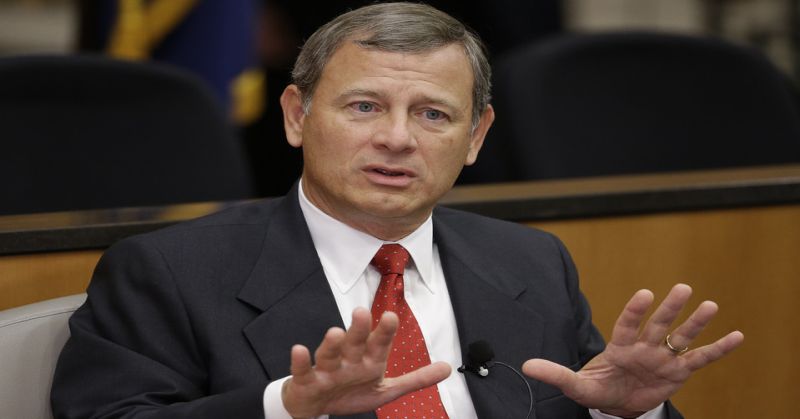 In the main email in the thread, Neera Tanden [President of CAP, a left wing activist arm of the Obama administration] harkens back to the first Obamacare case, decided on a 5-4 vote in 2012, and says that she believes the White House “scared off” Chief Justice John Roberts by politicizing the case. She suggests that the Clinton campaign should do the same with regard to the then-pending second Obamacare case, King v. Burwell. She identifies Justices Roberts and Anthony Kennedy as most vulnerable to political pressure:

“It is most likely that this decision has already been made by the Court, but on the off chance that history is repeating itself, then it’s possible they are still deciding (last time, seems like Roberts went from striking the mandate to supporting it in the weeks before). As Jennifer will remember, it was pretty critical that the President threw the gauntlet down last time on the Court, warning them in the first case that it would politicize the role of the Court for them to rule against the ACA. As a close reader of the case, I honestly believe that was vital to scaring Roberts off.

“In this case, I’m not arguing that Hillary spend a lot of time attacking the Court. I do think it would be very helpful to all of our interest in a decision affirming the law, for Roberts and perhaps Kennedy to see negative political consequences to ruling against the government. Therefore, I think it would be helpful to have a story of how progressives and Hillary would make the Supreme Court an election issue (which would be a ready argument for liberals) if the Court rules against the government. It’s not that you wish that happens. But that would be the necessary consequence of a negative decision…the Court itself would become a hugely important political issue.

“At CAP Action, we can get that story started. But kinda rests on you guys to make it stick.

“What do you think? If you want to proceed, we should move soon”

“She has already been making this an issue. Not sure how in depth you are suggesting but seems like this should be manageable.”

Whether or not Chief Justices can be swayed by political pressure is not so much at issue here as is the fact that the Clinton campaign believes they can be, and tries to manipulate them accordingly.